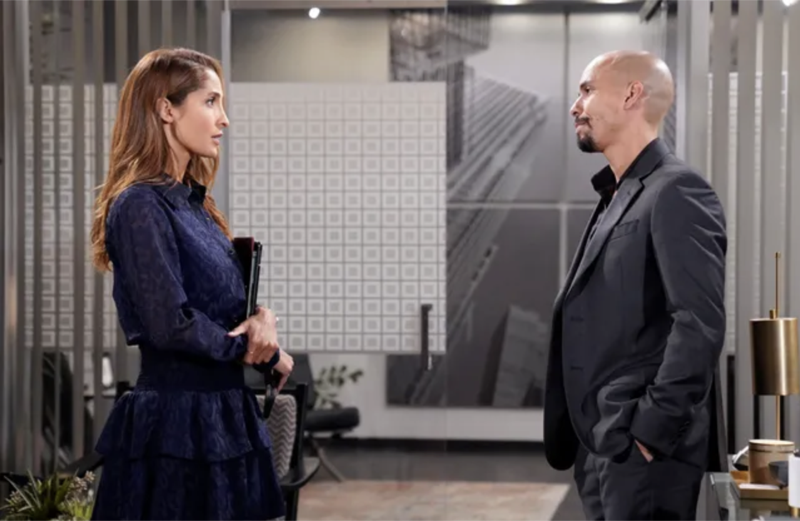 The Young and the Restless spoilers document that Lily Winters (Christel Khalil) feels secure in her relationship with Billy Abbott (Jason Thompson). But daytime is about drama, and Johnny Abbott’s (Paxton Mishkind) biological mother is creating a lot of it recently in Genoa City, Wisconsin.

Billy told Chelsea Lawson (Melissa Claire Egan) that the recent kiss she gave him did not mean anything. He also informed Lily about it shortly thereafter.

But Chelsea’s push for Johnny to know she is his birth mother is already creating a series of consequences that are not about to lessen in intensity anytime soon.

Young And The Restless Spoilers – Did Johnny Abbott Need To Know?

Johnny had no interest in knowing who gave birth to him. Victoria Newman (Amelia Heinle) and Billy revealed that to Chelsea when she began pressing the issue.

Chelsea believed that Johnny should be told the truth before he learned it through the soapy grapevine. Plus, Johnny was led to believe that Connor Newman (Judah Mackey) was his cousin and not his brother.

Billy is Johnny’s biological father. Nothing in this reveal changes Billy’s place in Johnny’s life, though Thompson’s character is facing the same fallout as Victoria.

Victoria is naturally concerned that her place in Johnny’s life will be altered now that the truth is out. She also fears Johnny resenting her for withholding this information and revealing it at Chancellor Park.

Billy is sympathetic to Chelsea while fully supporting Victoria’s control over what happens next. But Chelsea disagrees with Victoria’s dominant role.

Chelsea’s next move is to tell Connor that he has a brother. That is teased to produce another negative reaction, which Chelsea should have expected.

Subconsciously, Chelsea had to know that everyone would be shaken by her request for Johnny to be told the truth. She likely calculated that effect would be part of a process that allows her to gain a connection with one of her children that she has not had since agreeing to give him up shortly after he was born.

Dedicated fans know that Chelsea’s agreement to trap Billy while they were in Burma, due to Victor Newman’s (Eric Braeden) diabolical direction, is part of the guilted reason she is trying to make amends on Y&R.

This site is a leading source for everything linked to The Young and the Restless. Check back regularly for Y&R spoilers and news!