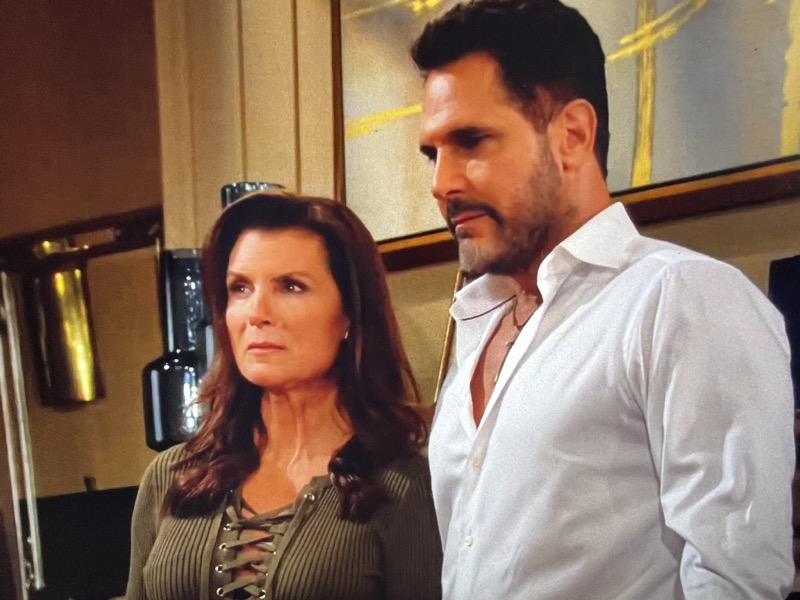 The Bold And The Beautiful spoilers for Thursday, January 19, 2023 reveals that Bill Spencer (Don Diamont) will continue to blow up his life by siding with Sheila Carter (Kimberlin Brown). Bill’s sons cannot believe that he has chosen to blackmail Steffy Forrester (Jacqueline MacInnes Wood) and John “Finn” Finnegan (Tanner Novlan) over Sheila. What will Bill do next?

The Bold and The Beautiful spoilers reveal Liam Spencer (Scott Clifton) and Wyatt Spencer (Darin Brooks) will attempt to make sense of Bill’s decisions. Bill never explained Sheila’s stuff being at his house. Bill never explained where he was the night of the storm. Bill certainly has not explained how he bribed a judge to drop the charges against Sheila.

Now Bill has moved Sheila into the family home with no explanation either. Bill’s sons are supposed to just stand by and watch their father self-destruct over pushing the people who truly love him away. Katie Logan (Heather Tom) only wanted loyalty from Bill. Bill wanted to play the field between Katie and her sister, Brooke Logan (Katherine Kelly Lang).

Bill burns his familial bridges, making the ultimate sacrifice for love. Bill’s sons are not happy that Sheila has been moved into their home. Bill’s sons are truly concerned by the recent actions of their father and wonder what is wrong with him. Bill does not act like himself at all. Bill has never let anything push him to this point in his life. Why is he doing it now?

Bill truly acts like a zombie. Bill walks around with no emotion, occasionally kissing Sheila. Sheila continues to mention the sword necklace, which seems to be a red flag. Sheila seems to have Bill programmed and it seems attached to the necklace. Bill refuses to look people in the eye when he talks to them as well. Something just is not right with him.

The Bold And The Beautiful: Bill Spencer Refuses To Listen

Bill has been warned by everyone in his family to stay away from Sheila. Katie Logan (Heather Tom) has begged Bill to listen to reason. Steffy has tried to get through to Bill. Taylor Hayes (Krista Allen) visited Bill to plead with him as well. Bill is determined to do whatever Sheila says. Bill cannot be that much in love with Sheila, there has to be more to this story.

Bill is certainly not thinking about anything in the long term. Ruining his relationship with Steffy and Liam will certainly cut him off from his granddaughter for years to come. Bill’s sons could decide he is too far gone to run Spencer Publications and take that as well. Is Bill giving up everything for Sheila a good move?

Be sure to catch up on everything happening with B&B right now. Come back here often for The Bold And The Beautiful spoilers, news, and updates.