Did Prince William Say The F-Word Out Loud At Wimbledon – Duke of Cambridge Tarnished Royal Image? 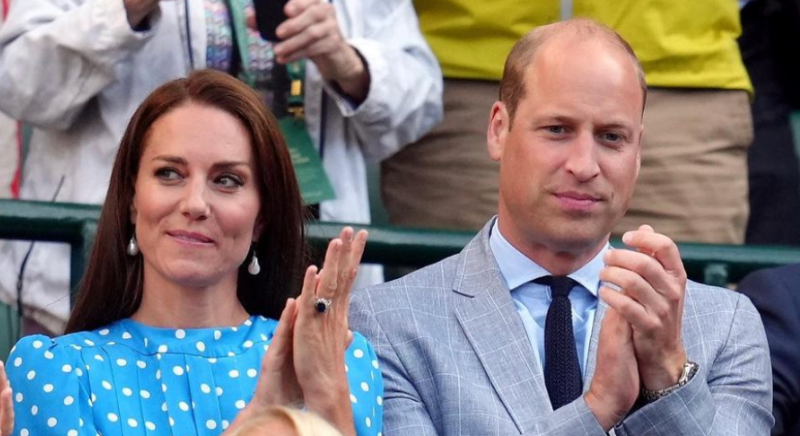 Prince William and his wife Kate Middleton looked relaxed and happy at Wimbledon this year. However, a lot of media outlets and tennis fans think that he lost his temper with  Cameron Norrie after he lost a point against David Goffin. Speculation arrives that he said the F-word out loud. But did he?

Although his dad, Prince Charles is next in line to the throne, William still needs to keep things right and proper. Allegedly reluctant to rush into being the monarch, the Queen’s grandson can’t really let her majesty down with coarse public displays. Unlike his brother Harry, protocol seems to matter much more.

Prince William and Kate are often in the news these days, not for what they do, but how the media reports about Prince Harry, who stepped away from royal life. Actually, the lack of a public reconciliation angers some critics who think William tarnishes his image by not taking action. Well, if he swore and threw out a curse word at Wimbledon, did that tarnish his image? Or do folks think it’s perfectly okay?

Plenty of people shared the video that revealed the royal reaction when the player set himself back by dropping a point at an important time. However, Elvis Duran on iHeart noted that he made a “possible etiquette slip-up” by seeming to say, ‘Oh no, no, not…F.”  Notably though, many other people seem convinced that he did.

As the camera didn’t catch the actual sound, and it panned away while he still spoke, he could have actually said, “Oh no, no, not…for Heaven’s sake.” Actually, knowing the skills of many folks out there, someone might even enhance the sound for clarity. In the meantime, it seems nice to know that even the royals can be just the same as everyone else.

Few comments about Prince William on Twitter lambasted him for possibly using language best kept private. One of them replied to an article about it shared by OK! Magazine. They said, “Well, he is human after all. Can’t help but laugh lol.”

Actually, apart from the tabloids who make a huge fuss about the possible slip-up, hardly anyone thinks it’s a shocking story. As the royal family seems to wane in popularity, fewer people care as much. Those who do like them include a lot of young people who wish the royals would live a life that relates to them.

What are your thoughts? Do you think that Prince William really said the F-word? And, if he did, does it really matter? Sound off your thoughts in the comments below.

Haha Prince William saying no, no, no fuck it lol 😆 #Wimbledon pic.twitter.com/Bmuf5LFFPG