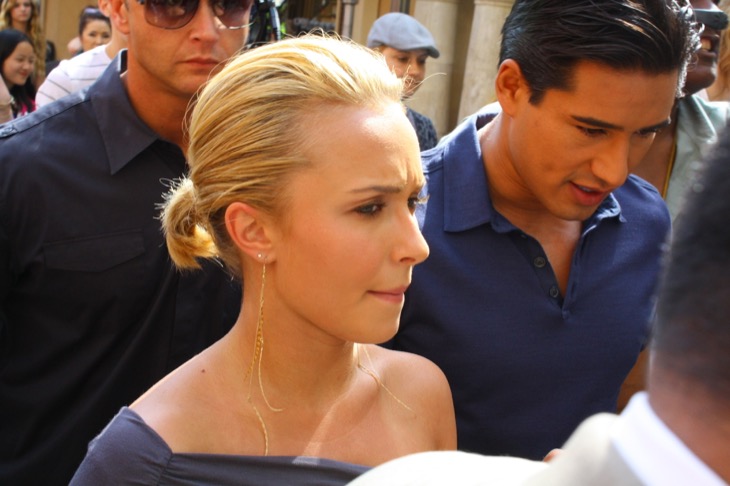 Hayden Panettiere is opening up like she’s never opened up before. The actress, who once starred on both Guiding Light and One Life to Live in the daytime television world, revealed her past battle with addiction with drugs and alcohol. She says that her battles contributed to her downfall in her career. Here’s what you need to know.

Hayden Panettiere Opens Up About Her Past Addictions And Struggles

Panetierre says that she could relate to her role as Connie Britton on the country music drama Nashville just because there were so many parallels between her own life and her character’s storylines. She said, “I could relate to a lot of those storylines like the alcoholism and postpartum depression. They hit close to home.”

The actress added, “I was stuck on this show for 10 months out of the year, 12 to 20 hours a day, playing this very dramatic character that was constantly going through the same things that I was going through in real life,” Panettiere said, describing why filming the musical drama was so hard for her. “So, when I got home, I didn’t have a chance to deal with what I was really going through.”

Panetierre also opened up about her struggles and addiction with opioids. “My saving grace is that I couldn’t be messy while on set and working,” she said. “But things kept getting out of control [off set]. And as I got older, the drugs and alcohol became something I almost couldn’t live without. I was in a cycle of self-destruction.”

The actress also said that she sent her daughter Kaya to live with her father Wladimir Klitschko when her addictions escalated. She also said that it was “the hardest thing” she’s ever had to do in her life.

“But I wanted to be a good mom to her — and sometimes that means letting them go,” she said, adding, “I would have the shakes when I woke up and could only function with sipping alcohol.”

What’s more, Panettiere also said that she dealt with a severe bout of postpartum depression after she gave birth to Kaya.

“I never had the feeling that I wanted to harm my child, but I didn’t want to spend any time with her,” she said.

Be sure to catch up on everything happening with Hayden Panettiere. Come back here often for Celeb news and updates.

Allison di Lorenzo is a San Francisco native easily wins every "Friends" and "The Office" trivia nights with her friends. A huge fan of the Giants, she's still unsure why Kanye West used Oracle Park to propose to his then-girlfriend Kim Kardashian in 2013. When she's not watching Disney Plus with her two cats, Allison enjoys a refreshing coconut flavored boba, Vietnamese tacos and all of the simple things in life, like a grand slam poetry night out with her friends.

Did Prince William Say The F-Word Out Loud At Wimbledon – Duke of Cambridge Tarnished Royal Image?