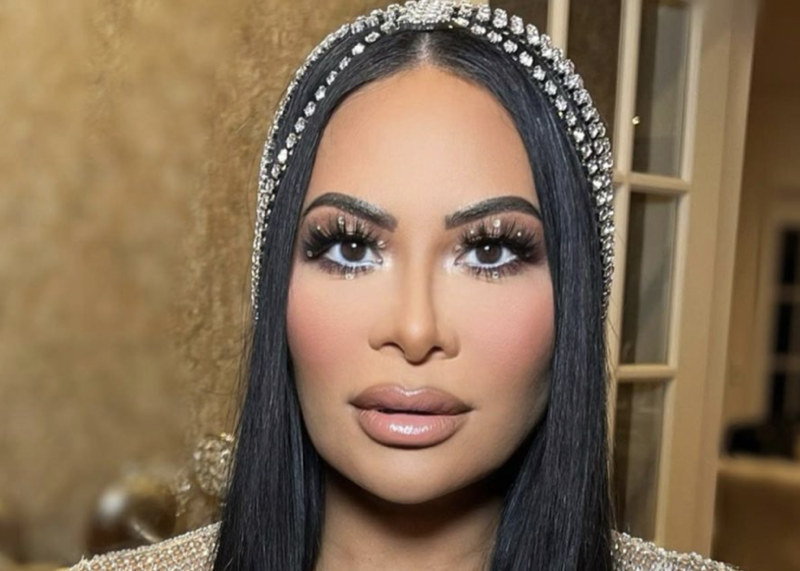 Real Housewives Of Salt Lake City (RHOSLC) star Jen Shah made headlines for her criminal fraud scandal. And Jen shocked her co-stars when, after claiming her innocence, Shah reversed to a guilty plea. As a result, everyone assumed that the self-proclaimed sha-mazing reality TV star would spend years in jail.

But the RHOSLC star just proved that she can still shock both her fans and her co-stars. And Shah crashed Bravo TV’s fan fest, known as BravoCon, with a jail bombshell. Get all the details below.

Famed for bringing Bravo TV show fans together with the network’s reality TV stars, BravoCon filled its schedule with panels representing the cast members from various shows. But one cast member, Jen Shah, reportedly did not get invited after her guilty plea. However, that lack of an invitation apparently didn’t stop the RHOSLC star, according to Yahoo.

And Real Housewives Of Orange County (RHOC) star Tamra Judge spilled all the tea about Shah. Because Jen did not appear on the official BravoCon event schedule, her attempt to attend caused problems. But the Real Housewives of Salt Lake City star felt determined to spread her update about her upcoming court case.

And so, according to Tamra, Shah attempted to show up at the Watch What Happens Live show taping. However, security prevented Jen from getting into the show to make her desired appearance. As a result, Shah headed for the RHOC star to get her to publicize her news.

Both the Real Housewives Of Orange County star and other sources confirmed that Jen had tried to crash BravoCon. And when security stopped her, Shah found Tamra in her hotel room. But that’s where the unexpected twist occurs.

Because despite pleading guilty to criminal fraud, Jen told Judge that she will not have to spend time in prison. And Tamra described Shah as claiming that she “isn’t going to jail, it’s all good.” As to how that’s possible for a woman who pleaded guilty? Judge admitted that it seemed “a bit crazy.”

However, that hotel room confession didn’t end the unexpected part of Jen’s antics at BravoCon. And Tamra shared that Shah managed to enter one of the fan fest events despite her lack of an invitation. “She did get to the Gansevoort rooftop party and I think she left quickly,” shared the RHOC star.

As for more details on Jen’s sentencing, Tamra shared that it is still pending. But she emphasized that the reality TV star seemed convinced that she will not serve any time in jail. “[Jen] ain’t going anywhere, she said,” added Judge.

Shah first made headlines in 2021 when she and her assistant Stuart Smith were arrested. They had allegedly gotten involved in a telemarketing scheme that defrauded hundreds of individuals. And initially, Jen pleaded not guilty. However, in the wake of that not guilty plea in April 2021, Shah stunned by pleading guilty to wire fraud in July 2022 in front of a judge.

Tell us what you think. How do you interpret Jen Shah claiming that she will not go to prison despite pleading guilty? And after you share your views, check back on our site for more celebrity justice news.