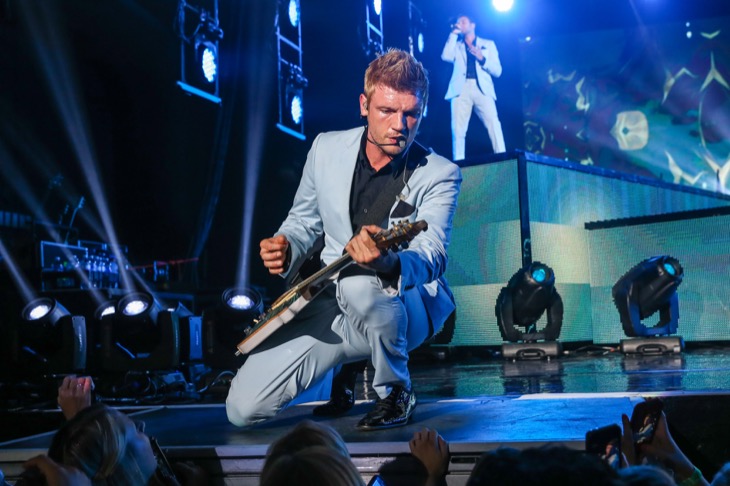 Nick Carter just performed live with the Backstreet Boys. And the singer’s performance comes at a pivotal point in his life. Because Nick faces a lawsuit involving alleged sexual battery.

Find out how fans reacted when Carter performed with the Backstreet Boys. And learn about his lawsuit. Get all the details below.

The Backstreet Boys didn’t let Nick Carter’s lawsuit stop their live performance. And the group rocked out on the stage for the famous Jingle Ball. As Nick performed a solo on the first verse of “Last Christmas,” the crowd cheered, according to TMZ.

The performance represents the Backstreet Boys’ first concert since Carter faced accusations of sexual battery. Shannon Ruth filed the lawsuit on Thursday. Ruth, who has cerebral palsy and is autistic, alleged that Nick made her get involved in a sexual act on his tour bus. At the time, Shannon was 17.

However, Carter has denied the alleged incident. But ABC reacted by canceling a Backstreet Boys prime time holiday special. And fans made their views clear. Social media filled up with hash tags supporting Nick, such as #IStandWithNickCarter.

Shannon Ruth filed the lawsuit just before ABC had planned to air the Backstreet Boys’ holiday special, A Very Backstreet Holiday. But the network acted quickly in pulling it from its schedule. The lawsuit alleges that Carter raped Ruth following a 2001 concert in Tacoma, Wash, reported EW.

The lawsuit claims that Ruth had been standing in line to get an autograph after the concert. However, Carter then allegedly offered her an invitation to get into his tour bus. Inside the bus, Nick allegedly provided her with an alcoholic drink he called “VIP juice.”

And according to Shannon’s allegations, the singer then sexually assaulted her. She also claimed that Carter infected her with human papillomavirus (HPV). However, Ruth said she stayed silent because the singer had allegedly made threats of reprisals if she revealed the events that occurred.

But now Shannon has decided to tell her side of the story. She filed the lawsuit based on a 2021 Nevada law that abolished the statute of limitations for accusations of childhood sexual abuse. Parallel laws in other states have resulted in new lawsuits against Warren Beatty and Bill Cosby.

In addition to Ruth, three other other plaintiffs made allegations. Those anonymous individuals allege that Carter sexually assaulted them in different incidents between 2003 and 2006. However, the singer has denied all allegations via his attorney Michael Holtz.

Tell us what you think. Do you feel that Nick Carter made the right decision to take the stage and sing amid the lawsuit? And how do you feel about the allegations? After you share your views, check back on our site for more celebrity justice news.