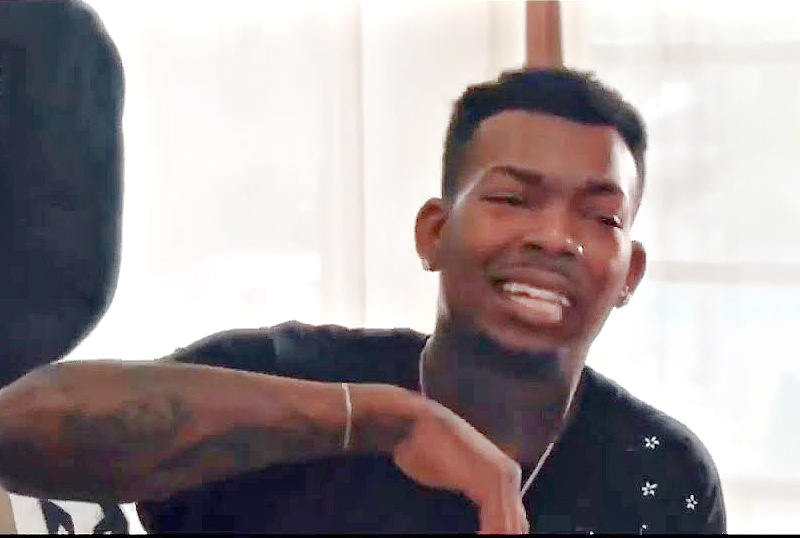 Rapper Nuke Bizzle, whose real name is Fontrell Antonio Baines faced several accusations. A major one was for defrauding the pandemic unemployment benefits. Other unrelated changes were factored in, and those included oxycodone possession with intent and a weapons offense. As a result, yet another muso is off the streets for a while. He’s serving prison time for his offenses.

Rapper Nuke Bizzle Was Arrested Under EDD Fraud Suspicion In 2020

Fortunately, unlike Nipsey Hussle, nobody died in the case of fraud. Mind you, some people could have been disadvantaged. Bear in mind, that assistance during covid-19 was to help people who struggled. Actually, it seemed inevitable that sooner or later, he might be caught out because other people were involved in the deal. When he was picked up, he was carrying a number of cards with different names on them. He claimed, per Popculture, that he didn’t start off doing it for himself, but he handled the mail for his friends.

Nuke Bizzle got unlucky when he and Fat Wizza made a song about ripping off the EDD. Perhaps someone in the know tipped off the cops. According to the rapper, he saw how much other people, were taking for free, so he decided to just keep some of the cards for himself. His video that boasted about making huge money from EDD got fans on YouTube saying that he’s finally a rapper who does what he sings about.

Popculture reported that the case involved “92 fraudulent claims with total losses of at least $704,760.” Describing it, the prosecutor said, “through his fraud, Baines turned the taxpayer-funded program into ‘his personal piggybank.'” So, apart from serving six years in prison, he had to pay back a big pile of money: $$704,760. Federal crimes involving fraud and especially wire fraud carry heavy penalties, and many a celeb can describe their time behind bars.

Nuke Bizzle probably won’t do time in a place with actual jail cells, bars, and massive walls and fences. Often, the prisoners go to facilities way less strict than those that house convicted murderers. Still, it’s not a doddle in the park, and he probably won’t be making music while he’s inside. After all, it’s not a recording studio. While he apologized for what he did and took a plea deal, he didn’t walk free or go under house arrest.

Fans Mock The Man Who Sang About His Crime

Another person seemed to feel that justice was done. GasStationSushi said sarcastically, “I completely forgot about this legend. This guy sole millions of dollars from poor families who lost their jobs and then made a rap video bragging about defrauding the state. LOL Americans are so smart.”

Be sure to keep up with this developing story and return here often for more news and updates.