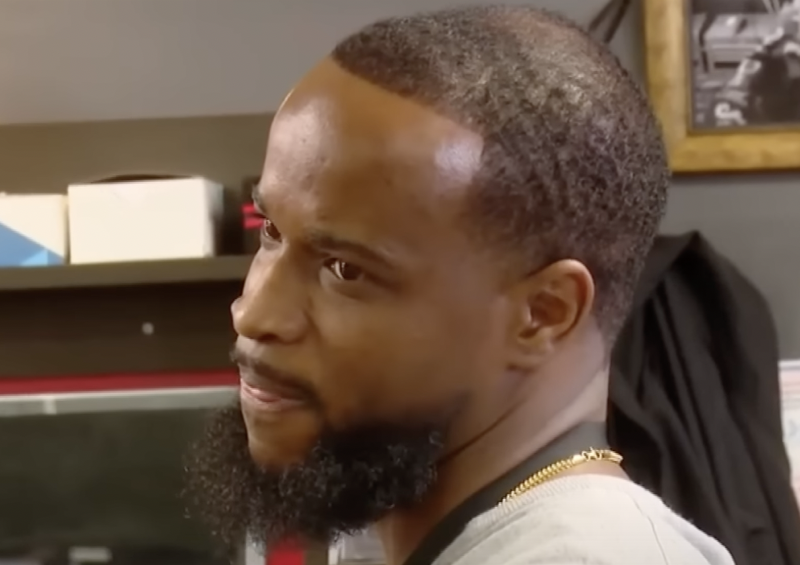 Some 90 Day Fiancé fans are scratching their heads after the news arrived that Michael Baltimore has been arrested. Plenty of people didn’t recall him, but he appeared in ” Happily Ever After?” along with Jay Smith and Ashley Martson. In fact, he was on the run for an alleged murder that happened in 2021 and ended up on the U.S. Marshals’ 15 Most Wanted List. Now that he’s been arrested, TLC fans reflect on his character.

Michael was a side cast member on the TLC show, and he appeared for a bit when Ashley Marston had a meltdown over Jay cheating. If you haven’t watched the show, word leaked to her that Jay was busily rumpy-pumping in a barbershop. The news about the incident was probably the most controversial in the TLC franchise. At the time, Jay worked at the shop and she hurried off to have it out with the owner, Kendell Jerome Cook. Seriously mocked by fans, the place later became a crime scene.

90 Day Fiancé fans didn’t see much of Michael Baltimore, but he made a brief appearance as one of Jerome’s employees.  It all went down at the GQ Barbershop in Carlisle, Pennsylvania. Then in 2021, the news arrived that the employee had allegedly shot and killed Jerome. Additionally, he apparently took a shot at another employee, Anthony White. The alleged crime was so serious, that after being on the run for a while, he made it to the US Marshals’ Top 15 most wanted list.

The former TLC cast member was detained in “Davie, Florida, near Fort Lauderdale,” according to CNN. The outlet cited a US Marshals press release. Allegedly, he got into a fight at a bar and was then driven away by a woman in a car. Captured, he had a “loaded handgun and drugs” in his possession. According to authorities in Davie, he’s being held on local charges. However, he will most likely face murder charges as well. Making things worse, he allegedly had “three fake IDs.” When 90 Day Daily shared the news on Instagram, TLC fans discussed Michael Baltimore.

A few 90 Day Fiancé fans had never even heard of the killing of Kendell Jerome Cook. Meanwhile, others couldn’t recall Michael. However, enough folks recalled him to discuss the news about the arrest. Notably, he had changed his appearance, but he couldn’t fool the fingerprints after his arrest. @twins5795 commented, “Can run but can’t hide even though he try to change he apprance, (sic).”

One 90 Day Fiancé fan said, “I remember when Jay tried to get “gangsta” with those guys on the Tell All 😂 & they we’re laughing at Jay. [Michael Baltimore] was the 1st one to say “You acting like you tough, you aint gonna do nothing” Jay shut up aftet that lol that.”

Another commenter wrote, “Wow that’s Wow such a waste of 2 lives. Plus all the families on each side. 🙏🙏🙏🙏🙏🙏for the families.”

This comment reflected what quite a few people thought: “Omgosh that’s awful could take someone’s life 😢 so glad they caught him!!”

Be sure to catch up on everything happening with  90 Day Fiancé. Come back here often for more Celeb news and crime updates.