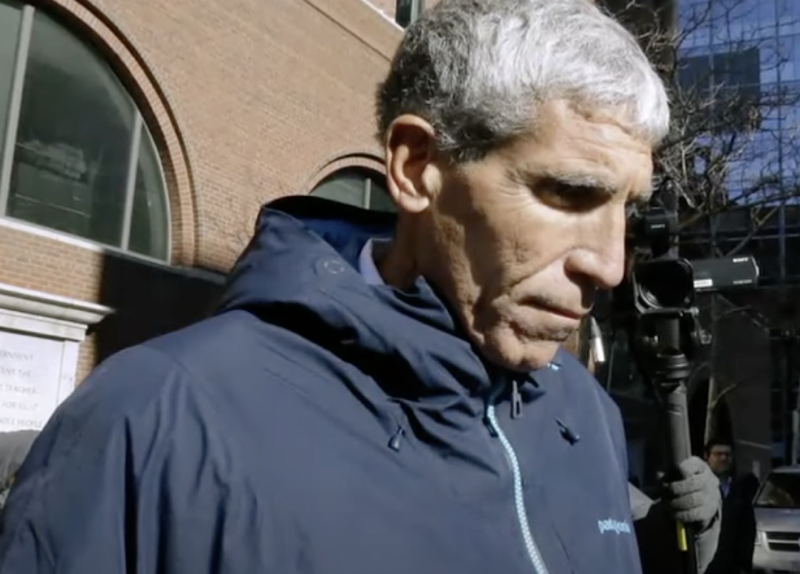 Rick Singer, the person behind the college admissions scandal has finally been sentenced for fraudulently assisting folks with getting their kids into universities. In 2019, there was a huge drama, so much so, that a documentary about it arrived on Netflix. Also known as the Varsity Blues Scandal, some high-profile names saw people like Felicity Huffman and Lori Loughlin end up behind bars.

Rick Singer Cooperated With Authorities For A Short Sentence

Over fifty people were charged for paying money to get their kids into top colleges. Possibly, the most media noise was about Felicity Huffman and Lori Loughlin because people know them from their TV screens. But CEOs, athletic coaches, and even lawyers ended up being found guilty. In fact, only one of the accused got off the charges. The elaborate scheme included falsification of SAT scores and athletic ability.

Rick Singer could have gotten as much as 20 years in prison, but because he cooperated, he didn’t get anywhere near that. In fact, after working with the prosecution to nail everyone else, he was predicted to get about  33 months’ imprisonment. This month, he found out that he would serve way less than people like Todd Chrisley. The College Admissions Scandal extended to the children of high-profile folks getting their kids admitted to high-profile educational facilities. There were others, but names like  Yale, Stanford, Georgetown, USC, and UCLA were bandied about.

According to the LA Times, these days, Singer lives in a “trailer park” for retired citizens. Actually, some folks think his federal prison facility might not be all that bad, considering his circumstances. During the legal process, he ended up selling his home. He was fined to pay back the value of the taxes he would have paid on the millions he received. Cooperation, it seems, really works. Six years was mentioned, and at the end of the day, he will serve only 1/4 of Todd Chrisleys time. The USA Network star wasn’t involved, but his 12-year sentence is the talk of the internet at the moment. So, his sentence is just mentioned for comparison.

Rick Singer tried hard to get a home sentence, but at the end of it all, he failed. Actually, not many of the accused parents served much time. And that seems surprising as it became such a huge talking point in the media. Insider noted that one person served only one day in prison. Meanwhile, others ranged from mere weeks to nine months. Lori Loughlin, who fought the case, was awarded two months behind bars. Another case saw a parent get probation. The guilty people were fined, and most of them also did some sort of community service.

Reactions To The Sentence

People who replied to the news about the short sentence for Rick Singer were quite sarcastic. @CaliBookWorm1 wrote on Twitter, “Three years, huh? That’ll teach him.”

When E! News posted about it, @priyankp77 opined, “American legal system is the biggest standup comedy!”

That is a crazy low sentence. Every space he sold to those parents is a space that some kid who really did the work didn't get.

What are your throughs? Sound off in the comments below.

Be sure to catch up on everything happening with celebrity crime right now. Come back here often for Celeb news and updates.

The Young and the Restless Spoilers Thursday, January 5 UPDATE: Daniel Bares All to Lily, Jack Pushes Ashley to Dangerous Limit