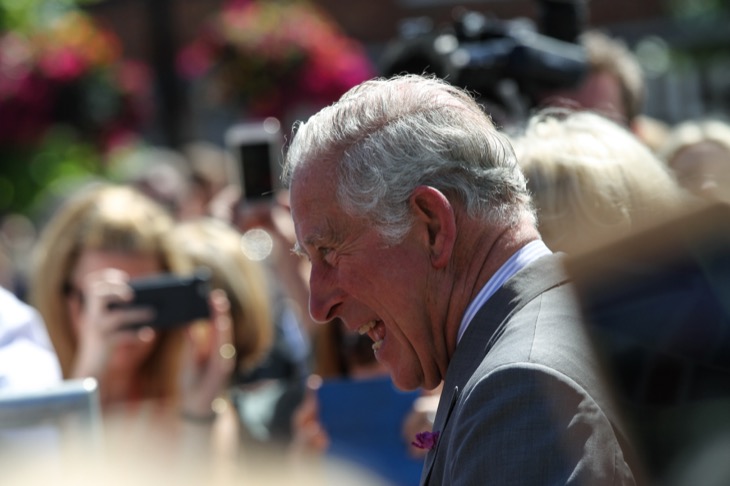 Ahead of the premiere of the “Meghan and Harry” docuseries on Netflix, interest in the Duke and Duchess of Sussex is extremely high and no doubt King Charles will be paying some attention to it. Author Tom Bower predicted that it will probably be extremely damaging to the royal family. In fact, it could lead to him removing their Sussex titles. Eventually, someone will have to take action against what Richard Fitzwilliams, another author, terms an “extremely destructive attack on the Royal Family.”

Meghan Needs To Be The Center Of Attention Ahead Of King Charles?

The release of the trailer seems to already show a lot of damaging allegations about life in the place. So now that the damage has been done, where to know for the former Royals? In his interview with GBN recently, Tom Bower said that he believes that “Meghan” clearly was not planning to “stay in the UK.”

Actually, he suggested that the title that was conferred on her was merely a stepping-stone in her career climb. Jealous much at not being the center of attention? Well, Queen Elizabeth and other royal members were getting more than her. So, that could explain her cleverly orchestrated docuseries and Harry’s book, “Spare.”

Furthermore, the author noted that her resentment about living in the palace in two rooms, probably made her furious. After all, Kate Middleton “lived in a 22-bedroom apartment.”  Clearly, her subsequent actions were about “revenge,”  which of course was the title of Tom’s book. And, King Charles simply cannot afford to ignore their actions for much longer. Perhaps, Meghan Markle felt that she didn’t get the right royal honor that she felt was her due because Harry wasn’t the heir to the throne.

King Charles Needs To Do Something

So far, the palace hasn’t really said much about the constant stream of embarrassment that Harry and Meghan bring. And so far, it’s sources or experts who weigh in on what they might think of “Spare” and the new Netflix docuseries. However, Tom thinks that his majesty must surely realize that sooner or later, some action should be taken as it’s very damaging to the monarchy. After all,  Harry and Meghan are fairly young people, and more youngsters in the UK seem to be turning away from the old ideas of tradition.

Naturally, King Charles might be thinking along the lines of his mother, the Queen. She always said that there should be less talking and a lot more getting things done. So, what will it take before the king finally decided to act?  Certainly, it’s not up to Prince William to fix the problem. Bear in mind, they already tried to talk to Harry and Meghan but she wouldn’t even let him have breakfast with his dad and brother without her.

Harry and Megan Could Lose Their Titles

Caught between a rock and a hard palace, if King Charles says nothing then he could see the media lambasting him for not taking some action. Conversely, if he does take action, it shouldn’t be wishy-washy. In the opinion of Tom Bower, King Charles should make a statement saying he has no contact with the former royals, Harry and Megan, and their title of the Duke and Duchess of  Sussex has been “revoked.”