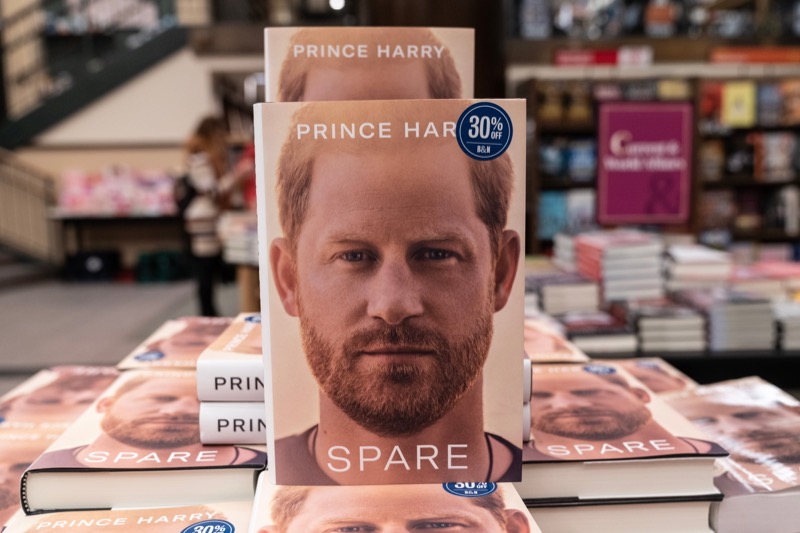 Prince Harry, the controversial Duke of Sussex, sat on the couch sipping a cocktail and chatted about the contents of his best-selling book, “Spare.” He spoke with Stephen Colbert about his personal experiences outlined in the book.  As is often done, he talked about the British media and how they have put a target on his back. Mind you, some people might feel he put his own target there, but he does seem to have a point. Some articles, he thinks, might be very dangerous for his family. When he wrote about Afghanistan, he thought he was helping his fellow veterans, but it seems to have been taken out of context.

Naturally, it must be very scary to write about life so in-depth in such detail.  William’s brother seems to feel that his book was an opportunity to get to know him for he truly is. Well, if he hoped for no judgment, he clearly didn’t read the audience.  One issue he has with the tabloids is that they don’t reveal his real story. And, they try and put a spin on it for clicks and sales. In fact, Stephen Colbert mentioned how terrible the press can be.

Prince Harry finally told his side of the story from his own mouth. The son of King Charles just wanted to put the record straight. For him, it was definitely a chance to tell his own story, his own way, without other people putting in their versions. After all, the media has written their points of view for his entire life. Despite being a private and reserved adult, he went ahead and did the book and that might have compromised his safety. If you don’t know, the Taliban wasn’t happy with his alleged “boasting” about killing their fighters.

Stephen Colbert talked to Meghan’s husband about the fact that he killed people in Afghanistan. Talking about the resultant articles, after “Spare”  leaked early, he responded. The son of Princess Di said that they took the “context” of his words and spun it which is very dangerous. He alleged that they took the information by cherry-picking and made it worse than what was intended. Of course, the possibility of a Jihad on him could seriously impact the safety of his entire family. This is a game that the Palace plays, he feels.

Prince Harry seems convinced that the royal family sometimes leaks stories to the media. Using unnamed sources, of course, they can’t be connected to the royals. The unfortunate thing for the Duke Of Sussex is that his time as a Defence Helicopter Pilot “was the best thing” that could have happened for him. Like so many veterans, he felt as if his compatriots were his “family.” Looking back, it seems that he felt secure and happy and his experience helped him to stay stable after a vulnerable childhood.

Taken Out Of Context?

The issue of the media and leaks apparently made Prince Harry and Meghan’s life so unbearable that they decided to just get out of the royal family and out of the UK. Obviously, from their viewpoint, they had no other option. Still, it’s completely open to debate. In fact, a lot of people are unhappy that he wrote about Afghanistan at all. After all, it could put a target on the backs of his fellow soldiers. And, he possibly put that scary target on his own family’s back, which was the inference in the media. But, as far as Colbert is concerned, the bit about fighting was not “boastful” at all.

Do you think that the ex-working royal family member was misunderstood and taken out of context? Let us know in the comments below.

Be sure to check back with us for everything happening with Prince Harry Come back here often for more news and updates about the book, “Spare.”