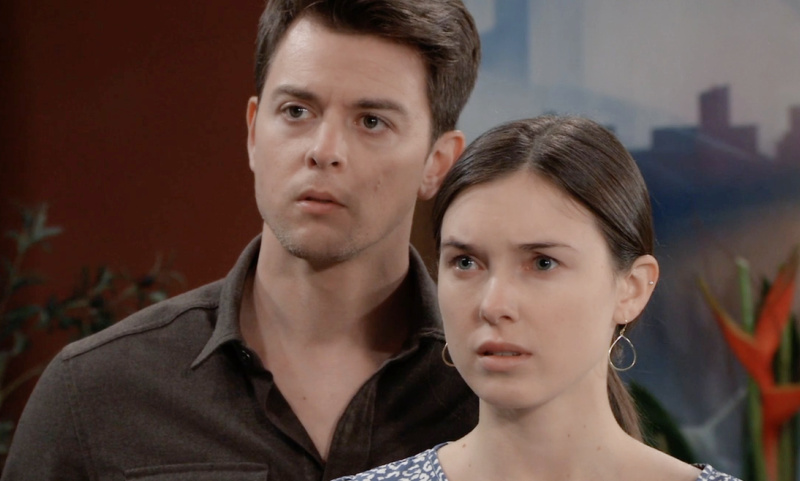 General Hospital Spoilers reveal Willow Tait (Katelyn MacMullen) is about to learn the truth about her birth mother, and it’s going to make her wish she had never met Nina Reeves (Cynthia Watros). When she hears the news, she’s hardly going to believe it. In fact, she might insist it’s impossible and refuse to believe Nina’s asinine story. However, Michael Corinthos (Chad Duell) is going to be by Willow’s bedside offering his support and acknowledgement of what Nina is saying. Will this change everything? Not so fast, says Willow.

When Carly broke the news to Nina that she is Willow’s birth mother, it took Nina on a journey in her mind through a variety of memories she shared with Nina — both good and bad. She wasn’t prepared to ever have a chance to know her child in this lifetime, and finding out she might narrowly lose that chance again made Nina leap into action to help Willow.

She went straight to Willow’s hospital room where she plans to tell Willow the truth, despite her delicate condition. There is no time to waste — not even to accommodate Willow’s fragile feelings, and Michael is going to recognize that, too. When he gives Willow the nod that Nina is telling the truth, Willow will be beside herself.

Even when Willow comes to accept the truth about her relation to Nina, she’s going to make it quite clear that this changes nothing. Willow still doesn’t want Nina anywhere near Wiley Corinthos (Viron Weaver), and she certainly doesn’t envision herself longing for some kind of mother-daughter relationship with Nina. She doesn’t like who Nina is as a person, and she’s not very keen on accepting any favors from her knowing that Nina is the type who likes to negotiate in fairness and would likely expect something in return.

Nina will have to make a hard sell to convince Willow that she’s not looking for any strings attached to her or Wiley and only wants to help ensure her daughter — and Wiley’s mother — doesn’t die. Although Willow is hardly in a position to be choosy, she’s going to lay into Nina before she entertains accepting her gesture. She might even refuse her help, but Nina is going to get tested anyway and Michael will plead with Willow to reconsider in the meantime. Stay tuned for more General Hospital news and spoilers to find out how this storyline unfolds.