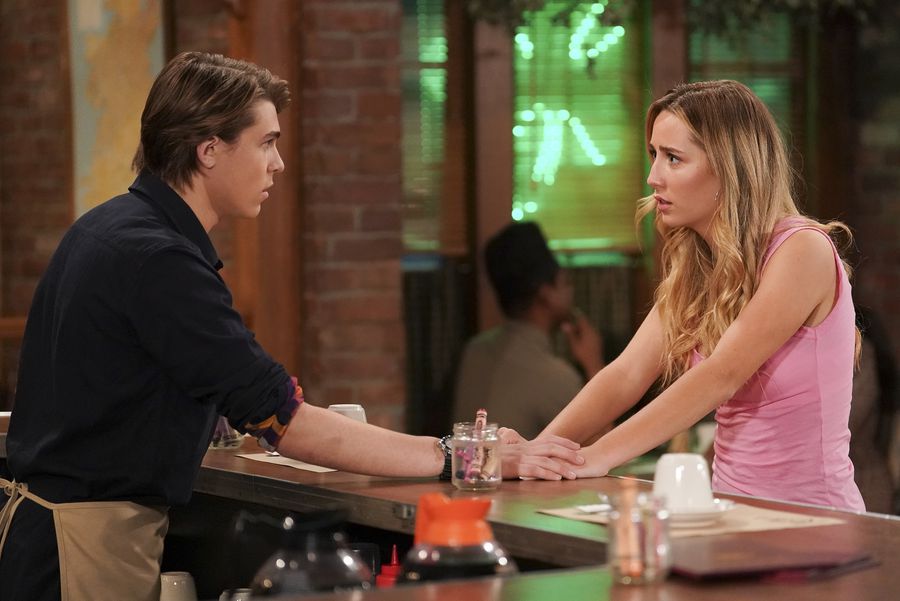 General Hospital spoilers indicate the end is near for Josslyn Jacks’ (Eden McCoy) and Cameron Webber’s (William Lipton) love affair. This couple has seen a few ups and downs, but more recently, Joss has felt rather bored with her relationship with Cam. Maybe that’s why the excitement and drama that stirs around Dex Heller (Evan Hofer) seems so appealing to Joss. She’s definitely feeling tempted to step outside the boundaries of what her relationship with Cam allows, and she’s torn about her feelings for both of them. The more she gets to know Dex — which is still really very little at all — the more she wants to know about him. Meanwhile, she knows everything about Cam, and the mystery is gone.

That’s what happens when you snuggle up to your bestie and make him your boyfriend. Cam and Joss flirted with danger when they questioned whether they should even get involved with one another. Both of them worried it could ruin their friendship. Now they’ve been together for a while, and things are growing a bit stale for Joss. Cam still seems as happy as ever though, except for when Dex comes around.

Forget a relationship; these two might not even be able to remain friends. Joss is clearly harboring some resentment toward Cam for not telling her the truth about why Spencer Cassadine (Nicholas Chavez) was staying with Esmé Prince — the gather evidence that would exonerate Trina Robinson (Tabyana Ali) of all charges for producing and distributing a sex tape of Joss and Cam they never consented to.

GH Spoilers Says The Trina Triangle Will Complicate Everything

Speaking of Trina, this is where things get sticky. In the beginning, Trina had feelings for Cam, too. The two flirted, but nothing really came of it. They both decided they were better off as friends. Meanwhile, Cam was also entertaining linking up with Joss — a match that obviously panned out.

But now Joss and Cam are falling apart, and Cam is hoping Trina will help him understand why. Cam continues to grow suspicious of Joss’ interactions with Dex and senses that she’s keeping something from him. But when he confronts Joss, she dodges his questions and gets defensive. Could it be that she thinks it’s fair game not to share everything with Cam now since he withheld the truth about Spencer from her? Are the two situations really the same? Regardless, Cam won’t get the response he needs from his girlfriend, and that’ll lead him straight to Trina’s door.

Cam will plead with Trina to tell him the truth about what is going on with Joss. Will Trina spill the beans about Joss’ dumpster diving date with the mob enforcer? This is going to be a tough moment for Trina, who will ultimately feel pulled in both directions by two close friends. Where will her loyalty lie — especially when she’s hiding her own feelings about Spencer from her own boyfriend, Rory Cabrera (Michael Blake Kruse)? Come back every day for more spoilers and updates on the lives of PCU’s brightest students.

General Hospital Spoilers: Cody Starts to Put the Pieces of his Paternity Together