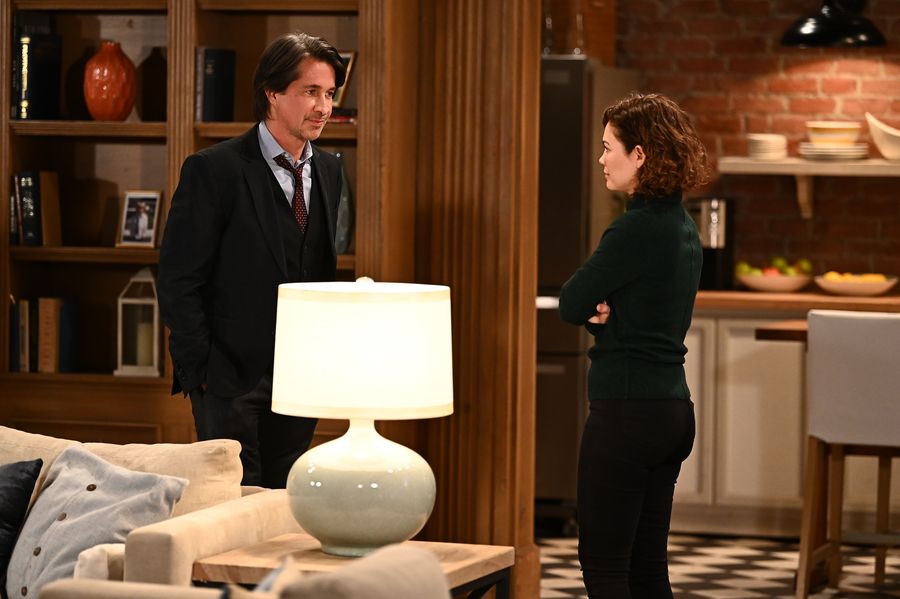 General Hospital spoilers tease Hamilton Finn (Michael Easton) knew when he first approached Elizabeth Baldwin (Rebecca Herbst) that she may not have been ready for a relationship just yet. It hadn’t been terribly long since she lost her late husband, Franco Baldwin (Roger Howarth). Still, Finn was patient and they took things at Liz’s pace until she was ready to jump into the deep end. No one knew she was actually going to go off the deep end. Through all of the ups and downs this couple has endured, they can’t seem to bounce back from the latest — Elizabeth’s discovery that she had a hand in the death of Finn’s late wife, who was having an affair with Elizabeth’s father.

Elizabeth’s heart is being pulled in multiple directions. She does love Finn, but the relationship they once had has been so tarnished now that she’s not sure they can get back to the happy place they were once in. She’s also not positive she has the drive to even try at this point. While she worries that Finn won’t be able to look at her the same way again, Elizabeth is also struggling to look at herself as the same person who went to California — never expecting to come home feeling like she was responsible for someone’s death, much less someone so important to Finn. This has made it difficult to be around him, so she keeps dodging his company.

Elizabeth also seems to struggle with communication, but only when it comes to Finn. She’s kept so many secrets from him at this point that it’s become hard to decipher when the lying began. Every time Finn asks Elizabeth to produce an explanation for her behavior, or her many absences, she can’t seem to muster up anything worth verbalizing. Most recently, she and Finn were about to have their first heart-to-heart since Elizbeth told him what she discovered in Monterey, and instead of being present with Finn, she ran out of the room without explanation to help Nikolas Cassadine (Marcus Coloma) in his time of need.

Finn might long to work on this relationship with Elizabeth, but he can’t shake the feeling that her heart isn’t really in it. If it was, she would be here. She would stay when Nikolas Cassadine (Marcus Coloma) calls. She would choose Finn. Instead, she’s repeatedly chosen paths that leave her feeling like she has to disconnect from him and work through her feelings on her own. Maybe Elizabeth isn’t ready for a relationship after all. Keep checking back for more General Hospital news, updates, and spoilers as this storyline continues to unfold.

The Young and the Restless Star Michael Graziadei Talks Why He Returned To CBS Show!