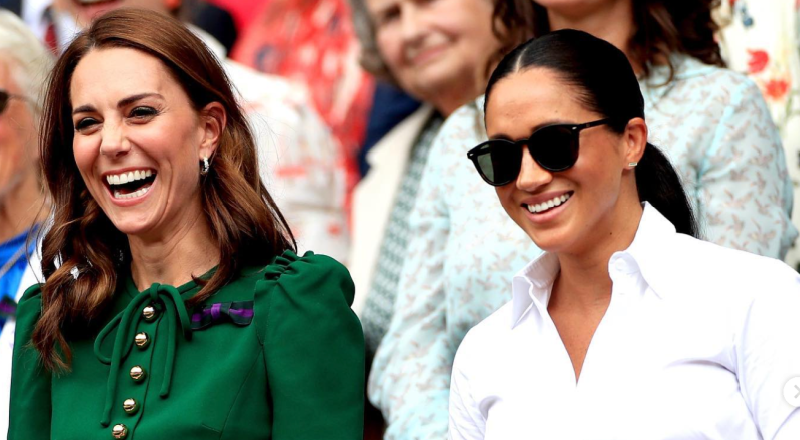 Meghan Markle and Prince Harry tied the knot on Saturday 19th of May 2018 in St George’s Chapel. People from around the world tuned in to watch it all happen. Of course, as she was a known actress from Suits, people from North America also tuned in. Well, people still wonder how the Royal Family gets everything done for such a massive occasion. And, they wonder how much input Harry’s new wife had in it.

When the royal wedding took place, the Queen’s grandson looked very deeply in love with his new bride. Well, those people who love the couple might be happy to hear that they still are. At least, that’s the opinion expressed by a body language expert, Darren Stanton. Certainly, nearly four years later, the couple with two kids look devoted to each other despite those detractors who wish it were otherwise.

A far cry from happy adulation these days, the popularity of Meghan Markle and Prince Harry dropped like a broken elevator. At the moment, there are fears that his new book might be a Tell-All, and embarrass his family back in the UK. Mind you, leaks suggest it might not be all that bad. In fact, it might turn out not to be a scandalous Tell-All book after all. Perhaps he will write about his feelings on the day he met his wife in the chapel while the world looked on.

On Reddit, u/CherryBrownies wondered about all the complexities of arranging the wedding. So, they asked others what they knew about it. For instance, did Meghan and Harry get to plan the date? And, was she able to have any input into her dress? Several people replied, and it becomes apparent that it really was a massive undertaking. Fortunately, it wasn’t as complex as when Prince William married Kate Middleton.

Meghan Markle would have probably had little leeway when it came to selecting her own wedding gown. U/Rainyhaw said, “the Queen supposedly sees the dress design to ensure it meets the few rules on neckline, strapless,, etc. I think their wedding probably allowed for more input since he’s not the heir or second in line.” Actually, according to The Royal UK, Meghan helped with the design even though the official designer was Clare Waight Keller.

Next, u/pllao128 confirmed that saying,  “my understanding is the bride would likely have some autonomy over the design of her dress.” Furthermore, they assumed that “Buckingham Palace gives them guidelines to work with (e.g. don’t be too risque, don’t show shoulders etc).”They also stated that “Apparently, Meghan chose the designer herself. She definitely played a part in designing her veil.”

Plenty Of People Worked Behind The Scenes

Meghan Markle did not have to send out the wedding invites or choose the seating at the reception. Mind you, the cast of Suits attended, so she probably had some input there. In fact, all of that would have been sent to by people with teams of assistants. Naturally, experts also designed their wedding cake and chose the various drinks.

Be sure to catch up on everything happening with the royal family. Come back here often for Celeb news and updates.