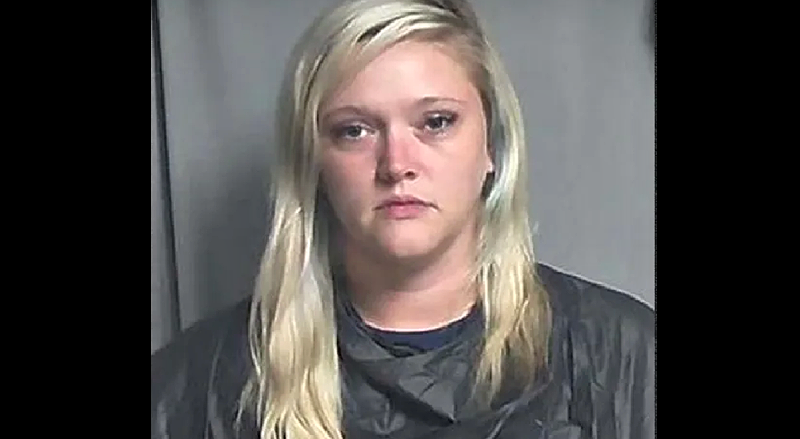 A Georgia TikTok star Kylie Strickland was arrested recently after Troup County Sheriff’s Office discovered a video clip in which she allegedly flashed to minor boys at a swimming pool.

The Daily Beast reports that Kylie Strickland, 30, faces charges after a video began making its rounds on TikTok on June 28 that depicts a woman exposing her breasts to two young children in a swimming pool. Continue reading and we’ll fill you in on the details.

Strickland At Home at the Time of Alleged Offense

In a news release, Troup Country Sheriff James Woodruff said, “While we understand the emotions that this video caused, we always take our time when investigating any case, especially of one originating on social media,” according to WSB-TV Atlanta.

After an investigation sheriff’s deputies determined that the video had been taken in Pike County. Pike County sheriffs also investigated several complaints that stemmed from the clip. According to the Pike Country Sheriff’s, Kylie Strickland, was reportedly at home streaming on social media when she exposed her breasts to the two minors.

A warrant was issued, and Strickland was arrested for computer or electronic pornography and child exploitation, the Pike County Sheriff’s Office said. The charges constitute a felony in Georgia and Strickland is currently incarcerated in Pike Country as she awaits a hearing on the charges. The exact age of the two boys has not yet been revealed.

Who is Kylie Strickland?

Kylie Strickland is a 30-year-old TikTok influencer who opened her TikTok account in May 2020, according to Sportskeeda. Since then, she has amassed more than 260,000 followers and over seven million likes on her kyliestrickland3 TikTok account.

The account is currently set to private, reports Sportskeeda but the influencer reportedly uploads funny content and lip sync clips to the platform. Apparently, one of her more popular videos on the social media platform is of her Great Dane.

Raised in Georgia, Strickland has four children of her own who often appear on the official Instagram account she operated under the username official.kylie.strick. Though she amassed more than 62 thousand followers, the account appears to no longer be accessible.

Also notable is that there were others who could be seen and heard in the background. It remains to be seen if there will be more charges down the pike. Be sure and watch for new developments in this case and return here often for more news and updates.