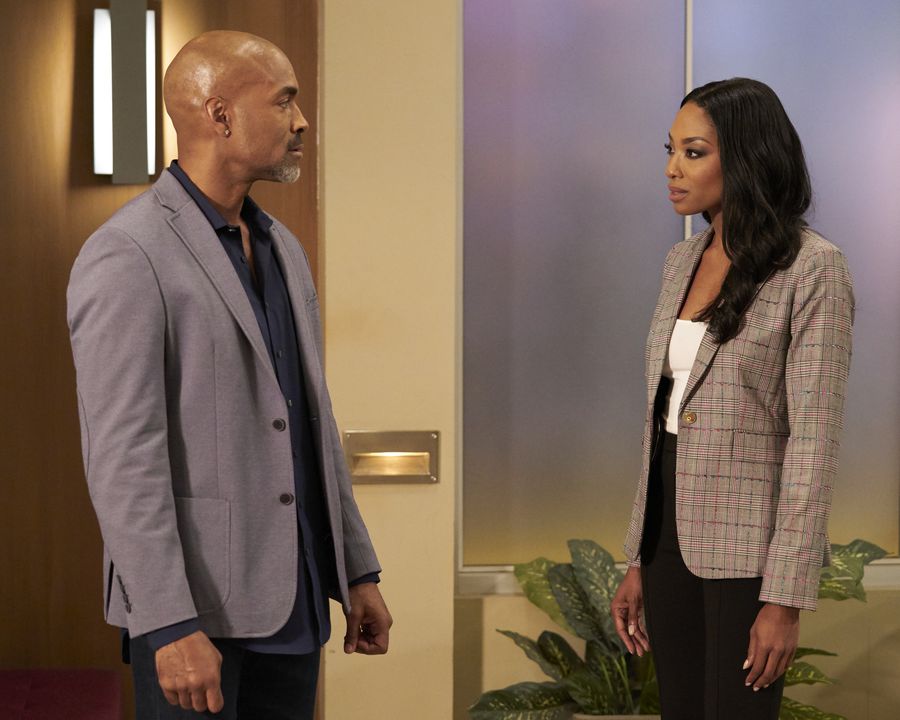 General Hospital spoilers reveals Curtis Ashford (Donnell Turner) has been riddled with anxiety ever since he got the results of his genetic screening test. While he was overjoyed at the news that he somehow beat the insurmountable odds and avoided all ten of the possible genetic markers Marshall Ashford (Robert Gossett) could have passed onto him, he can forget the look on Portia Robinson’s (Brook Kerr) face as she read the results and tried to make sense of them. In her opinion as a doctor, it was rather miraculous that Curtis didn’t inherit even one marker. At the time, Portia’s mind might have been considering Marshall wasn’t even Curtis’ father, but that’s a rather extreme conclusion to jump to. Of course, Portia knows a thing or two about keeping such a secret. So maybe it’s not that uncommon after all.

Curtis might not have lept to the conclusion that his dad wasn’t his dad while processing the results in Portia’s office, but the thought trickled in a while later, and he hasn’t been able to shake it since. Curtis isn’t going to be able to go on much longer not knowing the truth, and his father’s prompt exit that night only added to Curtis’ nerves about the situation. What is Marshall holding back this time? When Curtis insists on the truth, Marshall will tell him the real reason he left was that Curtis’ mother had an affair, and he didn’t find out until Curtis was a young boy that he may not be his son. The test results all but confirmed it for Marshall, and that’s why he teared up and left.

GH Spoilers Indicate Portia Seems Sympathetic to the Wrong Side

When Curtis and Marshall have this discussion, Curtis is going to be upset with his father for not telling him the truth sooner. Another lie. He thought they were past this. When Portia tries to offer support, Curtis won’t understand her inclination to also support Marshall during this time. Curtis will feel like Portia is siding with Marshall when she tells him she understands why he kept the secret and didn’t want to disrupt everyone’s lives. She may also ask Curtis if he’s really happy he knows, or would he rather have gone on with his life believing Marshall was his dad forever in ignorant bliss. Curtis won’t take well to Portia’s attempts to make him feel like Marshall’s choice was just or in Curtis’ best interest.

As Curtis storms out, he won’t have many places to turn to. Nina Reeves (Cynthia Watros) is embroiled in her own drama, as usual. Curtis could slink away to The Savoy, but that’s where Portia would come to find him and he’s not ready to talk to her yet. When he bumps into Jordan Ashford (Tanisha Harper), he won’t hesitate to share the life-changing news he just received, and she will be the only person he feels is in his corner and validates how betrayed he is feeling. Will this mark the beginning of the end for Curtis and Portia as her lies inch closer to unraveling and Jordan becomes Curtis’ source of support? Stay tuned for more General Hospital news and spoilers to find out!