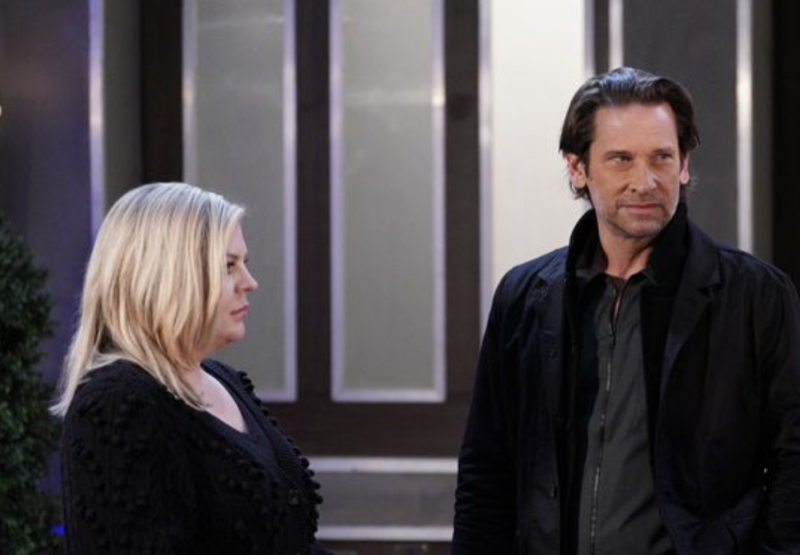 A few surprise presents might be waiting under the tree at the Q mansion this year. While Olivia Quartermaine (Lisa LoCicero) might be surprised by Ned Quartermaine’s (Wally Kurth) gestures, and their son, Leo Quartermaine (Easton Rocket Sweda), continues to unite everyone with laughter over his quirky quips, the holiday has a bittersweet tone for Michael Corinthos (Chad Duell) and Willow Tait (Katelyn MacMullen).

The jury is still out for Spencer on whether or not he can really trust his uncle, Victor Cassadine (Charles Shaugnessy). So he might not be feeling particularly interested in confiding in him about his matters of the heart. With Josslyn kind of ticked at him, and his father rarely showing him support, Spencer will find himself talking to his great aunt Alexis. Will she lead him to confess his feelings to Trina?

Maxie isn’t going to mince words when she tells Austin how she feels about his Society Setups stunt and him blackmailing Damian Spinelli (Bradford Anderson). Is this the end of the line for this couple? Something tells us Austin has unfinished business nonetheless.

Gregory is concerned about Chase in the aftermath of his relationship with Brook Lynn Quartermaine (Amanda Setton). He’s just lost his girl and the career as a cap that he loved. Does he really want to throw in the towel on BLQ altogether — and his back-up career in music, too?

Curtis will be touched when his father hands him a rather sentimental gift that he wasn’t expecting. But will Portia Robinson (Brook Kerr) feel the same way about it?

Trina is reeling from Rory Cabrera’s (Michael Blake Kruse) death, and she’s feeling guilty about not telling him she loved him when she had the chance — twice. In retrospect, Trina might want to believe she had stronger feelings for Rory than she did, and Joss just might try to lend her some unbiased perspective so Trina doesn’t get lost in the trauma.

When Dante Falconeri (Dominic Zamprogna) shows up at Chase’s door with news he says can’t wait, is it going to be the good kind, or the not-so-good kind? It’s possible the review board may have reconsidered adding Chase back to the force in light of Rory’s abrupt absence.

Which storyline are you most looking forward to following on GH on Wednesday, December 21st? Let us know, and keep checking back for more General Hospital news and spoilers.