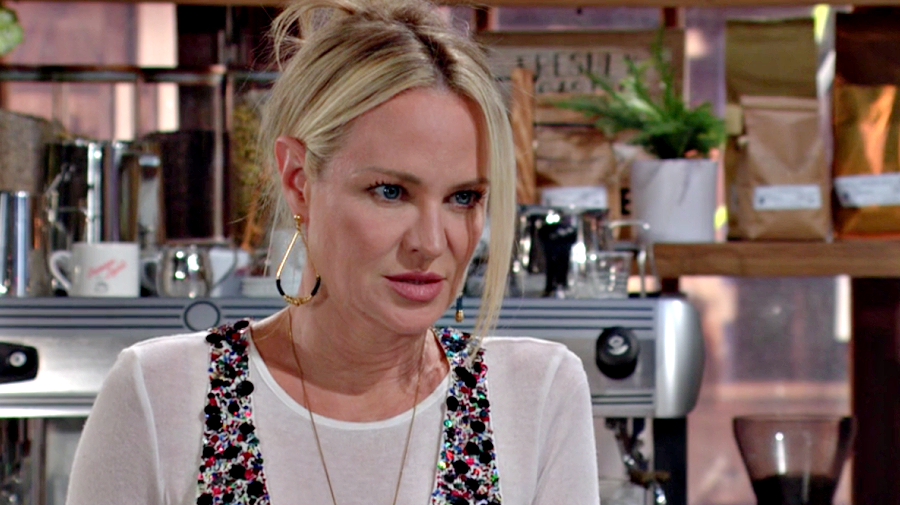 The Young and the Restless spoilers document that Abby Newman Abbott Chancellor (Melissa Ordway) decided to become romantically involved with Devon Hamilton (Bryton James). That choice ended her marriage to Chance Chancellor (Conner Floyd), unless he realizes a change of heart.

A lot has happened since Chance and Amanda Sinclair (Mishael Morgan) walked in on Abby and Devon at the penthouse.

Amanda decided to leave Genoa City, Wisconsin, and return to Virginia to be with her mother. She ended her relationship with Devon, advising him to recognize that his feelings for Abby are real.

Chance suspected Abby and Devon’s bond went beyond the genetic link to Dominic Newman Abbott Winters Chancellor (Rainn and River Ware), that was achieved through a donor (Devon) and a surrogate (Mariah Copeland, Camryn Grimes).

Sharon Rosales (Sharon Case) is the defacto bartender on Y&R. Think of her as Genoa City, Wisconsin’s version of Sam Malone in the Boston, Massachusetts-based Cheers sitcom legend.

Having Case’s character earn a degree in psychology and become a licensed counselor was a smart fit. Crimson Lights has been a social hub on Y&R since Nick Newman (Joshua Morrow) fought Eddie Cibrian’s (Matt Clark) edition of the town bully.

So, seeing Chance stop by the coffee shop numerous times was a smooth way to open what could be a new plot path.

Young And The Restless Spoilers – Chance Chancellor Ready To Move On?

Chance just decided to leave Abby. As an aside, it felt strange to see one of Y&R’s legacy Chancellor characters leave the mansion where Katherine Chancellor (Jeanne Cooper) lived for decades.

Possibly, the reversed angled view of the Chancellor mansion’s main living room was intended to foreshadow the end of Chance’s days at his family home? Not seeing the longstanding view of that room, or if it is supposed to be another room, was an interesting creative choice.

While Chance moved out of the mansion, he may not be ready to enter a new relationship so soon.

Abby’s emotions are raw. That is understandable, as the stress of the past year-plus finally overwhelmed her.

Fans know that Abby’s fall into Devon’s arms partially resulted because of the weight she carried since Chance accepted an overseas government assignment that caused him to suddenly leave Abby during the surrogacy process.

Chance told Abby they married too soon and possibly should not have united. What he tells Sharon in coming weeks and how that friendship may develop is an intriguing storyline development to watch on Y&R.

This site is a leading source for everything linked to The Young and the Restless. Check back regularly for Y&R spoilers and news!