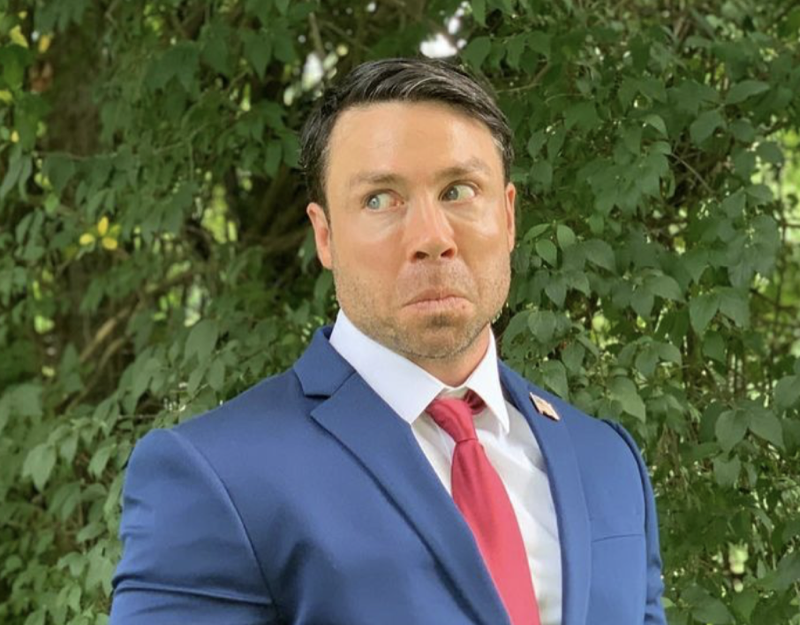 90 Day Fiance alum Geoffrey Paschel is in federal prison at the moment and he was sentenced to 18 years inside. That came after his ex, Kristen Wilson filed a report with the police that she was violently assaulted. TLC fans who hate him celebrated. However, his girlfriend, Varya Malina stood by him. Delayed once, he finally attended his motion for a retrial via virtual presence. As it was denied by the judge, is that the end of the road for him? Read on to find out.

90 Day Fiance Alum Geoffrey Paschel Was Confident He Would Win

Ahead of the original trial that seemed to take forever to get to court, Varya’s boyfriend claimed his innocence. However, the court had a different feeling about it. Although one charge of vandalism during his arrest was removed, the rest of the charges stood. If you watched the case play out on Court TV, you would have seen that on a number of occasions, his lawyers objected to the evidence. That is important if he appeals the case.

90 Day Fiance fans knew that Geoffrey Paschel would request a re-trial because his girlfriend talked about it on Instagram. However, it was delayed for about a month. Now that it happened, it’s not like he has no further options. Unfortunately for him, Judge Kyle Hixson said no to his filing.

Geoffrey Paschel’s lawyers now have 30- days to file a notice of appeal. During the trial, his lawyers had actually moved for a retrial because of evidence allowed that didn’t pertain to the current incident. Actually, several objections were raised and some of them seemed valid. In particular, Starcasm mentioned, “Perhaps the most viable element in the motion for a new trial was Kristen’s remark while testifying suggesting that Geoffrey had previously abused her.”

The legal team for the 90 Day Fiance alum immediately demanded a mistrial and the court took a recess to make a decision. However, the judge “overruled the motion before striking the testimony and admonishing the jury.” The various objections could be made and should have been, as what happens in any appeal must have taken place during the trial to be valid.

An Appeal Comes Next

90 Day Fiance alum Geoffrey Paschel and his girlfriend didn’t put all their faith in the motion for a retrial to be granted. However, prisoners do have the right to appeal. In some instances, they may appeal through the appellate court. That also means that as long as he can afford to pay his legal team, more appeals could follow that don’t involve the same judge that heard his original case.