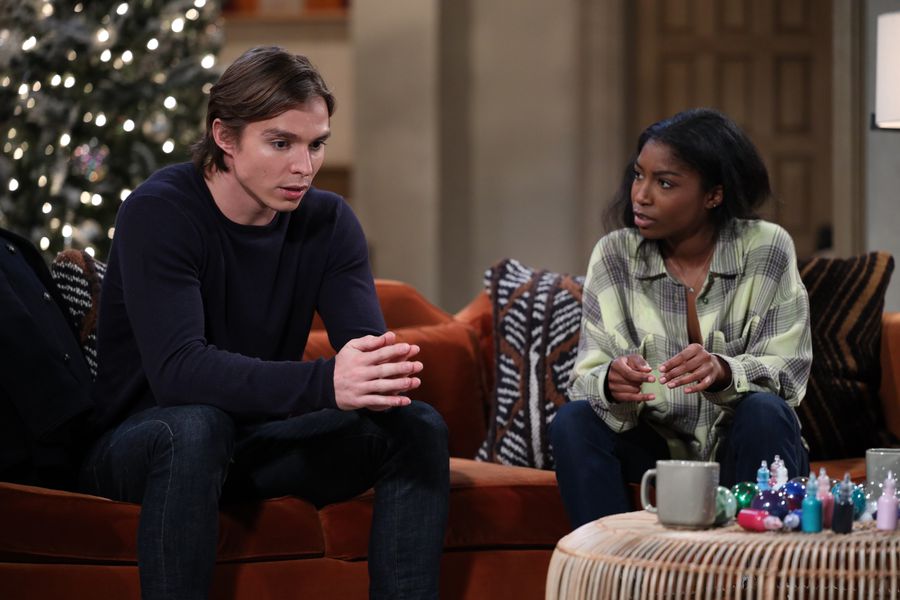 General Hospital spoilers reveal Spencer not trusting Esme at all, but is he right?

Spencer Cassadine (Nicholas Alexander Chavez) looks like he is forced to face the fact that Esme Prince (Avery Kristen Pohl) is not The Hook after all. Grandma Laura Collins (Genie Francis) points out that it would be pretty difficult for a very pregnant and small young woman like Esme to do the things that The Hook has done of late.

Still, that doesn’t mean that Spencer is buying everything that Esme is selling as he reels from the fact that she is carrying his sibling and that Britt Westbourne (Kelly Thiebaud) is dead.

“If Esme isn’t the killer, that means the killer is still at large,” Nicholas Alexander Chavez said in the January 16, 2023, issue of Soap Opera Digest. “All the people who have died are in some way connected to Trina [Tabyana Ali] and because Spencer loves Trina, he wants to do everything he can to protect her.”

But Does She Have Amnesia?

Realizing that Esme may not be The Hook doesn’t mean that Spencer believes she doesn’t know anything about who the real Hook is, so he goes to Esme’s hospital room to game her out.

As we know, Esme claims she has no idea what her name is, much less anything about a serial killer and where she has been the last six months.

“When he finds out that she’s saying she can’t remember anything, he thinks that are absurd,” Chavez told Digest. “So, he goes there to see for himself and he does the smart thing, which is ask questions to try to figure out, ‘Is this for real?'”

It makes sense that people would not be sure that Esme is telling the truth considering all the things she has done, but she really does seem genuine and any time we have seen her with nobody else in the room, that little smirk doesn’t appear on her face, which makes amnesia a great way to reset this character who has been written into a corner. Now, who should a nicer Esme’s new love interest be? Stay tuned to General Hospital weekdays to see how these stories play out.