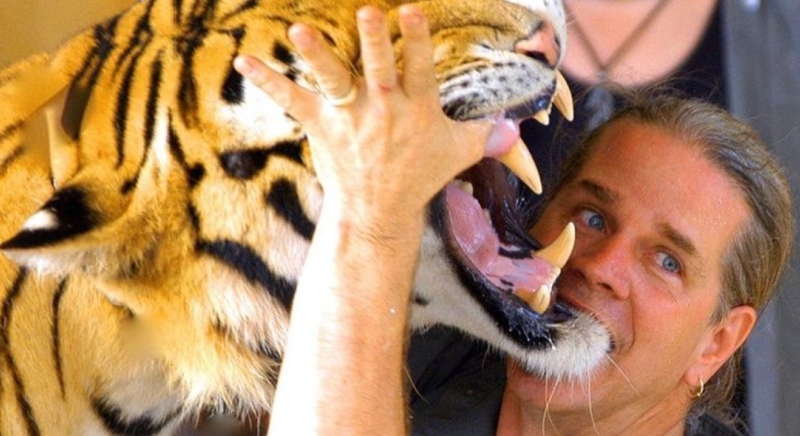 Tiger King star Bhagavan “Doc” Antle has a long list of charges against him involving animals. However, his recent arrest was about alleged money laundering. This weekend, news arrived that he was released from jail ahead of the main court date. He’s out on bond and the court set some restrictions for him. So, what are those? Can he stay out of trouble? Read on to find out.

When the Netflix star was arrested, he was taken to the J. Reuben Long Detention Center in South Carolina. At the time, nobody knew the details of the charges, other than that he allegedly laundered money.

Later, more details emerged and some of the allegations seem a bit alarming. In fact, it seems he’s suspected of working on a project to bring in illegal migrants from Mexico. Potentially, he could spend 20 years in federal prison if he’s found guilty.

After watching the Netflix show, Tiger King fans found out that it’s not the first time Doc landed up in trouble. However, he hasn’t yet been convicted of any crimes. Oxygen reported that “he…faces 13 misdemeanor counts of conspiracy to violate the Endangered Species Act and animal cruelty charges in connection with the treatment of lion cubs.” Actually, the allegations do few favors for those who engage in keeping exotic wild animals. Between Carole Baskin, Doc, and others, it really gave them all a bad rep.

Additionally, they felt it was important to protect his health should jail conditions cause him to contract covid. Well, he’s not skipping off to resume his old life and one of the conditions means he has to remain on his “50-acre (20-hectare) wildlife tropical preserve in Socastee, outside Myrtle Beach.”

Presumably, the Tiger King star also has to run any big expenditure through the probation offices. After all, Todd Chrisley had those conditions attached to his bond. Possibly, he’ll be wearing an ankle monitor given the nature of the alleged crime.

Actually, it’s not very clear how the money laundering ties into the suggested idea that Antle was involved in illegal migrants. However, he has been accused along with an employee, Jon Sawyer of inflating figures.

According to the outlet, federal prosecutors believe that “Antle and Sawyer laundered $505,000 over a four-month period by doling out checks from businesses they controlled, receiving a 15% fee of the money that passed through their hands.”

What are your thoughts about Tiger King star Bhagavan “Doc” Antle being allowed out on bond? Sound off in the comments below.

Be sure to catch up on everything happening with “Doc” Antle. Come back here often for Celeb news and updates.