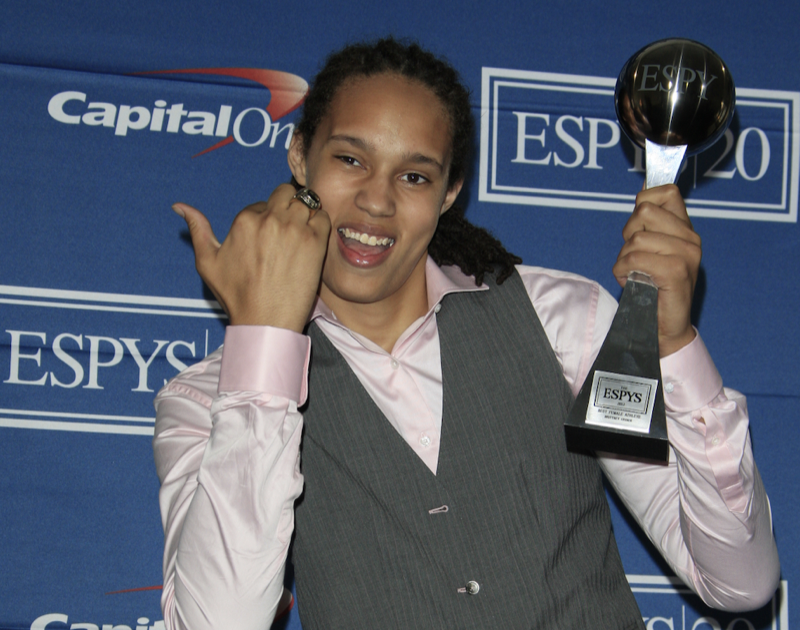 Brittney Griner was released from a Russian prison and returned home to the USA after a prisoner exchange deal. Actually,  she was arrested for possession of some cannabis oil, but she was traded for Viktor Bout, a dangerous man. So, some people felt it was a bit like the USA came out of it as the loser. However, for the WNBA player, obviously, it was a good outcome. Nevertheless, she didn’t forget to mention Paul Whelan who had to stay behind in Russia. So, she scored some points for that.

Brittney Griner Was Sentenced to Nine Years Of Imprisonment

For many Americans, it seemed inconceivable that a basket player could get a prison sentence for a few cartridges of cannabis oil. So, a lot of people were really shocked when they heard that she faced a long term in prison. However, others felt that it was her own fault. After all, it’s not like it was the very first time she traveled to Russia. So, critics argued that she couldn’t have been ignorant of Russian law. In her defense, she claimed that she hadn’t meant to take them with her.

Brittney Griner, the Biden Administration assured, would have the country fight for her release. So, they set to work talking to their Russian counterparts. Triumphantly, the news came that she would be sent home in a prisoner exchange. However, many people were absolutely furious. For a start, they opined on social media that Viktor Bout was big potatoes compared to the WNBA player. And secondly, it meant leaving Paul Whelan behind. If you don’t know, Paul was jailed for allegedly spying for the USA. As he was a former Marine, a lot of people were angry.

When the WNBA player posted up her statement on Instagram on December 16, the comments were locked. So, when Kiki Monique from @TheTalkOfShame read out the statement and shared the text, people commented on that post instead. There was a lot in the statement and of course, a lot of praise went the way of the Biden Administration. However, she got kudos for mentioning the Marine who was left behind.

Brittney Griner had a lot of people to thank. But at one point, she directly spoke to President Biden. She said, “President Biden, you brought me home and I know you are committed to bringing Paul Whelan and all Americans home too.” However, going further it looks like she will now advocate for Paul as well as others. She wrote, “I will use my platform to do whatever I can to help you.”

Approval For The Paul Whelan Mention

In the comments of the post, people noted that Brittney Griner mentioned the prisoner left behind. One follower wrote, “So happy she mentioned Paul Whelan, and I hope she keeps advocating for him.” Others agreed, and they also want to hear more about the experience of being imprisoned in Russia.

Of course, there are people who still feel bad that Paul Whelan didn’t come home first. After all, he’s been in Russia since 2018. Bear in mind, The WNBA player was hardly in a position to turn down the release offer and demand that Paul gets sent back first. It simply doesn’t work like that. Probably, the best thing she can do to help is to use her very large platform to keep pressuring for his release soon.