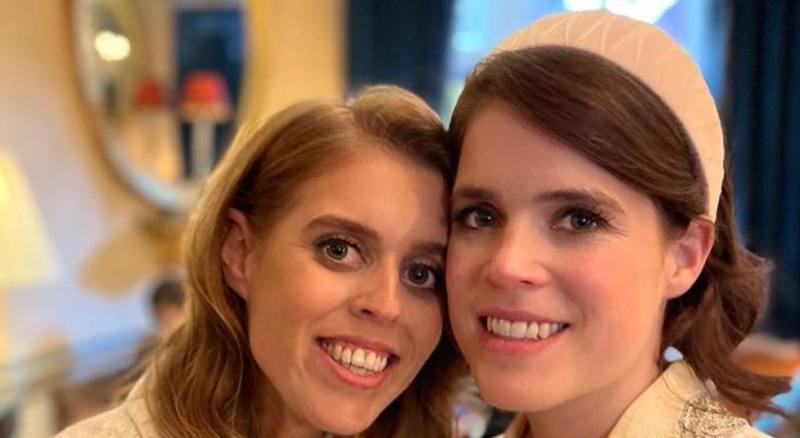 Princess Eugenie is the daughter of disgraced Prince Andrew so she knows all about negative press. Well, sitting in about the 12th position in line to the throne, it seems she doesn’t really care what the big players in the royal family think of Harry. Apparently, she waves her flag in their favor. Meanwhile, those closer to Queen Elizabeth can’t afford that luxury right now.

So far, the most positive link tied to Ghislaine’s little book is the Queen’s son Prince Andrew. Of course, with Ghuisaline Maxwell sitting behind bars, eyes turn to the fallen hero of the Falklands War. Sometimes, the media create negative angles about royals but it’s out there in black and white that he settled with Virginia Giuffre. While he still maintains he never even met her, nobody believes his story. Naturally, when people, think of him, they think of his daughters by Sarah, the Duchess of York

Despite all of the negative press about Prince Harry and Meghan Markle, it seems that Princess Eugenie stands up for them. Actually, that’s rather rare in the royal family. After all, Prince Harry and his wife seem determined to shock the world with their celeb-status statements. Actually, the former prince really is just another celeb these days and opted to live in California alongside other celebs. However, he doesn’t look all that happy with his choice.

According to Royal Expert Neil Sean, Andrew’s daughter really get on well with Prince Harry and she’s not slamming him or Meghan Markle. He reminded folks that both Eugenie and her sister Beatrice seem rather “frosty” with Prince Charles. That goes for his son Prince Willaim as well. Whilst they stick up for their dad, that’s probably only natural, given the scandals they deal with. But is she making a hectic mistake by sticking up for the Duke and Duchess of Sussex as well?

According to Neil, Princess Eugenie feels that Harry and Megan are “being hard done by.” Next, he noted how close she is to Harry, and reeled off the number of times she seemed to really like him. So, she puts up her hand to support him. And, he sure looks like he could use some loving support. His own worst enemy, it must still be nice to have someone from the royal family not slam him for a change.

Subscribers who heard the news about Princess Eugenie on YouTube reacted and they don’t seem to like hearing that she stands by her cousin. One of them opined, “Supporting her dad is one thing but it’s another to take the side of Harry and Meghan.”

Then, in a long reply, another person said, “If Eugenie cares for her father, she needs to stop backing the man who is continuously attacking the monarchy. She is doing Andrew no favors. Quite the opposite.”

This comment also arrived: “Eugenie needs to re-examine her loyalties. Choosing to side with Harry will probably come back and bite her someday, hard. If she thinks the Markles would ever go out of their way to do anything for her she is sadly mistaken.”

What do you think? Sound off in the comments below.

Who Seems To Be The Most Popular Member Of The Royal Family In 2022?