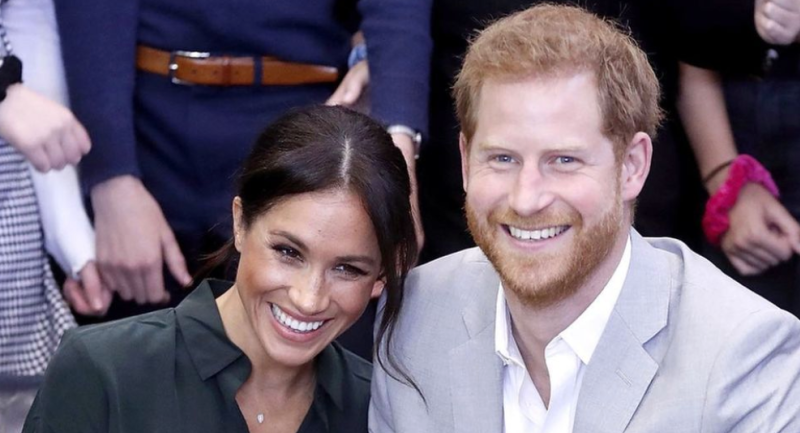 Prince Harry and Meghan Markle might never live down the interview that they gave Oprah Winfrey. However, not everyone in the world thinks they were wrong to speak out. Of course, since then, the couple lost a lot of popularity. So nowadays, they can do nothing right. Nevertheless, when historian/author, Lady Antonia Fraser dissed them, folks who are Team Sussex stepped up and clapped back on Twitter.

These days, people see almost as much of the Duke and Duchess of Sussex in the news as they did with Lady Di. Unfortunately, though, almost every news item seems very negative. Actually, there’s so much news about them that some people grow weary of reading about it. Interestingly, there’s an awareness growing, that the media deliberately angle everything negatively just for profit.

Prince Harry and Meghan Markle, for different reasons to his mom, live a nightmare with the paparazzi and the media constantly looking for anything to hit a headline. Actually, it got so bad, that many people would love to see the couple split. They also expressed their feelings on how they should be stripped of any royal titles. Incredibly, even Prince Andrew attracts less hate and some folks have started hitting back at critics on social media.

If you live in the USA, you might wonder who Lady Antonia Fraser is. Well, she is an author and is known for biographies, novels, and fiction. On Twitter, Richard Eden from The Daily Mail shared a post about the author. In it, he referred to an article in The Telegraph as saying that Fraser said that she wishes that Meghan would “shut up.”  Furthermore, she mentioned that in her opinion, the Oprah interview was “worse than a crime,” adding that “it was a mistake.”

Prince Harry and Meghan Markle fans waded in to support the couple. One of them, @Thenameis_Tati said, “U want them to say they regret for telling their truth. Mind you nothing much was said that Andrew’s ex wife hasn’t said on her Oprah’s interview. With the exception of seeing it thru the lenses of a bi racial n that is Meghan’s crime ….. it figures.”

This tweet also came in response to Lady Fraser:

I’m so glad they did the interview too, has to be the most talked about interview ever

More folks stood up for them.

Meanwhile, others wondered why Lady Antonia Fraser had such a problem with the former Suits actress. Some folks think they figured it out.

Why Slam The Suits Actress?

Apparently, the historian and author sent a letter off to Prince Harry and Meghan Markle. Well, it was returned unopened. That might make anyone who has some influence a bit upset. So, one critic on Twitter, @frogzlegz2002, opined, “She was a suck-up who thought she could gain MM’s confidence and translate that into becoming the ultimate insider in the Royal-reporting pool. Be real!”