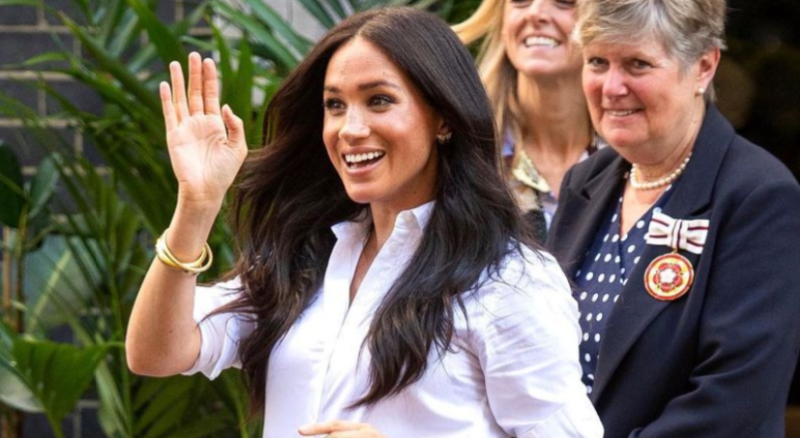 Prince William shared his condolences when a South African Game Ranger was murdered. Anton Mzimba died when he was shot and killed and his wife was injured. As part of the Timbavati anti-poaching team, he put his life on the line daily. Well, it seemed fitting that the Duke of Cambridge should acknowledge his death as he is the royal patron of the Tusk Foundation which is involved in the conservation of wildlife in Africa. So, people grew irritated that some folks still try and make everything about Meghan Markle.

Prince William & Prince Harry Do Have One Big Common Bond

Just because Meghan Markle and Prince Harry repeatedly hit the headlines over their relationship with the Duke and Duchess of Cambridge, doesn’t mean they don’t share common interests. Actually, Harry went over to Africa and helped with anti-poaching work. In fact, some people wish that Harry had decided to move to Africa to work with wildlife.  Well, as the Patron of the Tusk conservation foundation, his brother also cares deeply about endangered animals and insatiable poaching.

Interest in Prince William and the so-called feud between the two brothers focuses on the arrival of Meghan Markle. Somehow she plonked herself at the center of so much royal family controversy, that plenty of books come out by the likes of Tom Bowers and others. Even the old allegation that Meghan leaked an affair involving someone other than Kate Middleton was resurrected this week. And, fans are getting sick and tired of her and her drama intruding on everything royal on Twitter.

Anton Mzimba worked in the Timbavati Game Reserve for 25 years before he was gunned down. The reserve is famous for its Big Five and unspoiled habitat. Years ago, the fences were dropped between the 53,396-hectare conservancy and Kruger National Park. Unfortunately, poachers set their sights on decimating lions, elephants, and rhinos for profit. Fighting to save them cost the life of the award-winning ranger who is mourned across the world.

Prince William shared his feelings and honored the man who gave up everything for African Wildlife. Additionally, he followed up with other posts recognizing the work done to safeguard wildlife diversity.

As the wife of a retired ranger, the author of this article can assure readers that the respectful message means a lot. It sounds genuine and it clearly reflects the dangers and the respect that rangers deserve. And yet, people still managed to disrespect the message and troll about the Meghan and Harry scandals.

Fed Up With The Clickbait Drama

Several people in the threads felt angry about Meghan Markle being brought into the mix in the respectful tweet by Prince William.

Oh give it a rest … if you weren't so ignorant you would know Prince William is patron of the Tusk Foundation therefore expressing condolences for the loss of a ranger is the respectful thing to do. Not everything is about Meghan Markle.

Another irritated person, @Serendi52207149 noted, “have you have no manners at all? This post recognises the death, potential murder, of someone, and the physical assault of their wife – and you think you contribute by posting this utter nonsense. Go do something worthwhile with your life and learn some respect for others loss.”

What are your thoughts about all the Meghan and Harry drama continually being thrust in the faces of people on social media? Do you agree that it seems really sad, given that it appeared in a post about the sad loss of a man who gave his life in selfless service and deserves so much more respect? Sound off in the comments below.