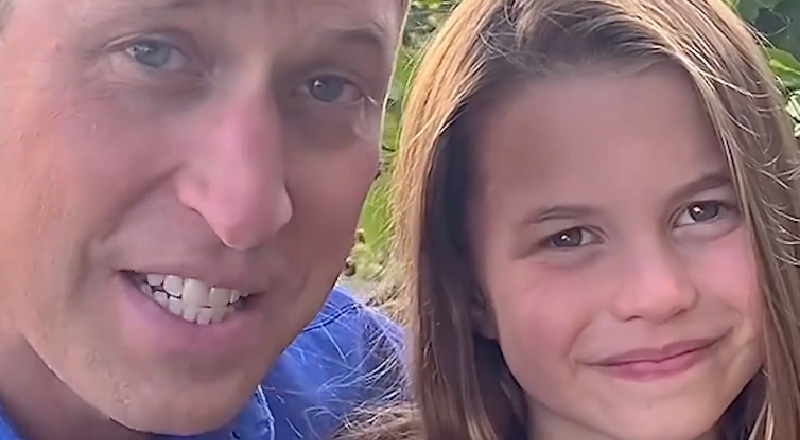 Princess Charlotte is fourth in line for the throne, behind her brother George. Actually, when her brother Louis arrived, historically, he would have dumped her down a rank, except for a change in the law that favors females. So probably, Princess Di’s grandchild had every reason to support the Lionesses who won the Euro soccer cup from Germany this weekend. When her great grandmother, Queen Elizabeth congratulated the team, fans didn’t forget that young Charlette also put out a special message of support.

When Kate Middleton and Prince William produced Prince George, the UK public celebrated. After all,  it was a big thing that traditionally, a boy was likely to become King. Of course, the public made much ado about the baby prince.  Two years after the arrival of George, now third in line to the throne, Charlotte didn’t make quite the same splash. But, she became the first woman born in the family not to get pushed down the rungs by a younger male sibling. So, women’s rights activists loved that.

Kate Middleton loves sport and it seems like her daughter, Princess Charlotte follows in her footsteps. While mom is a patron of Lawn tennis, Charlotte enjoys women’s football. So, ahead of the Lionesses clashing with Germany in the finals of the Euro cup, she encouraged the English team. Well, to the delight of everyone who saw it on Twitter, the Changing of the Guard also changed their tune and the band played Neil Diamond’s “Sweet Caroline.”

There was some special music at today's Changing the Guard…#Lionesses@ArmyinLondon | @England | @Lionesses pic.twitter.com/0HTol7Xb5I

Additionally, Cambridge Royal News on Instagram shared Charlette and her dad talking about the upcoming game.

When Prince William wished the team well because they did “amazingly well in the completion,” his daughter also spoke out. The cute little girl said, “Good luck, I hope you win,” before waving sweetly, and saying, “Bye.”

Royal Family fans loved the short clip. This comment is typical of how well it was received: “Omg!! Princess Charlotte is absolutely beautiful and adorable. this was a lovely surprise [by] Prince William to make this video with Princess Charlotte sending the Lionesses their best wishes for today’s Euro Final at Wembley 🙏🏻👸👑👸🌹🌹💎💎❤❤❤.”

After Princess Charlotte wished the team good luck, Queen Elizabeth talked about the win. Actually, it is a big deal for the country. The last time any football (soccer) teams made a big splash came in 1966. That came when England won the Men’s Cup.

After the congrats came from Queen Elizabeth, her message of congratulations appeared in a lot of mainstream news outlets. When Sky News reported about it, folks in the comments remembered Princess Charlotte and her cute greeting to the Lionesses. One of them reminded the others, “And Princess Charlotte did a beautiful message.”

Be sure to check back with us here at CDL for more British royals news and updates. We’ve got you covered!