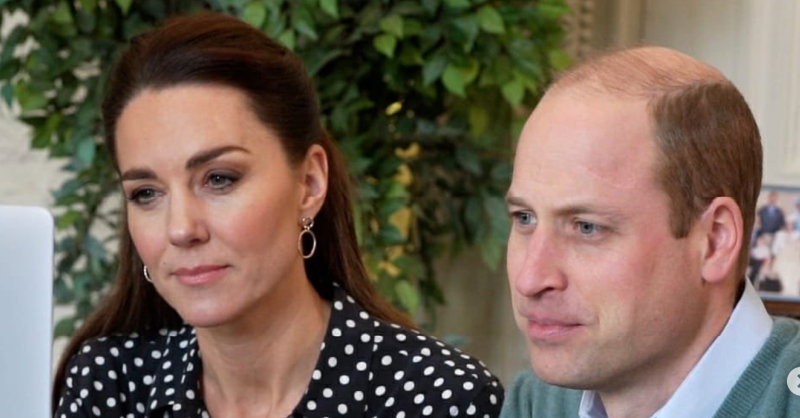 Prince Harry and Meghan Markle seemed unwelcome in the royal family circles. Unnamed sources have said that both Prince Phillip and Prince William of them didn’t want Lady Di’s youngest son to marry the actress. So far, apart from the Duke and Duchess of Sussex complaining about the family to Oprah, a lot of the information sources seem to be unnamed. So, it might be nice if a few people who make anonymous claims might actually reveal how they are connected to ‘The Firm.” And if they were named, that they actually said what they apparently said.

Before his death, someone who didn’t hide their identity claimed that the husband of Queen Elizabeth had a very soft spot for William’s brother. In fact, some people thought that Harry sped up the trip to the altar because his grandfather was old and starting to ail. But these days, the word is that he actually hated that his grandson chose to marry an actress. So, is there any truth to the fact that negative reports emerged that Phillip said to Harry that one doesn’t “marry an actress,” but it’s okay to “step put with them?”

Of course, nobody can ask Prince Phillip if he really said that as he passed away. Meanwhile, Prince William has not actually acknowledged that he ever said anything against the marriage of Harry and Meghan. Well, possibly he warned him against rushing into marrying a celeb. Bear in mind, that their own mom, Lady Diana Spencer had become a huge celeb before her death. Unhappy in her marriage to Prince Charles, her two sons saw some tragic things play out.

Tom Bower’s latest book, “Revenge” was said to reveal actual sources. However, after the release, several people felt that they had been misquoted. And, it’s not the first time that his books seemed to cherry-pick things in attempting to be completely scathing of the royal family and others. Actually, it was Kristen Meinzer who used the words “cherry picking quotes” about “Revenge.”

As he’s dead, it doesn’t really matter what Prince Phillip might have said, but it matters to Meghan’s dad, Thomas Markle Sr. According to IBT, he felt that he was misquoted. The outlet’s report cited “Vanity Fair journalist Sam Kashner, who Bower said “felt manipulated” by Meghan Markle, also complained. He said the book did not include his admiration for the duchess.”

There’s Money To Be Made Off Negative Press

Prince Phillip and Queen Elizabeth lived through decades of both love and criticism. And of them all, the last one seemed the saddest. Admittedly, Lady Di’s death was a trainwreck for them. However, Harry marrying Meghan Markle seemed to generate the most pain. At least, that’s if they ever bothered to read the tabloids. Mind you, The Queen might have read the Bower book.

Phillip once talked about his wife’s resilience and it takes a lot to shake her world. Possibly she long ago wised up to the fact that negative reporting and cherry-picking of quotes might put money in the bank. So, does that sort of thing even deserve a response from the monarch? Sound off your thoughts in the comments below.