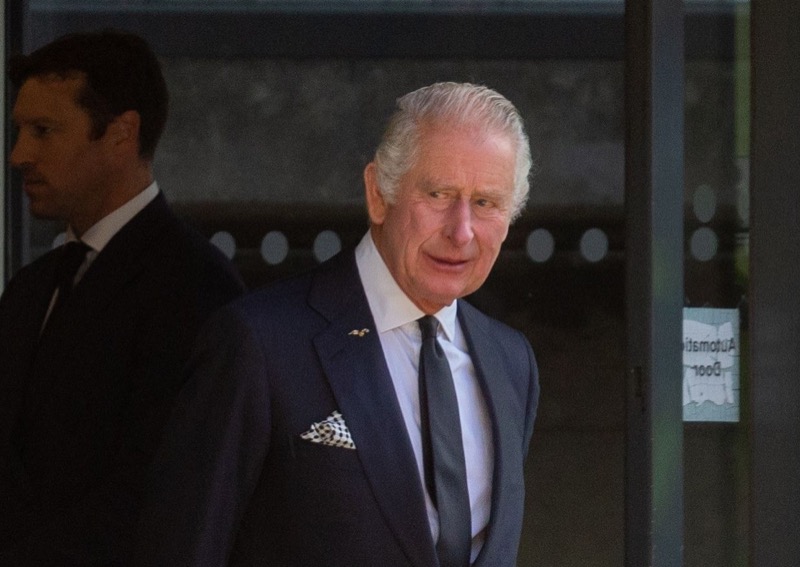 King Charles hasn’t yet had his official coronation, and royal family watchers will need to wait until May for that. However, he has already assumed his role as the monarch of the UK and Commonwealth. It’s a really important job and he takes it very seriously. People who criticize the monarchy don’t understand that to some Brits, he’s way more important than all the politicians put together. Anyway, this week, he dropped the serious visage and got into the spirit of Hanukkah by dancing with survivors of the Holocaust.

King Charles Attends The Jewish Version of The Festive Season

The Queen Consort and her husband already sent out their Christmas cards this year. Unfortunately, a lot of people trolled the royal couple because of the Netflix docuseries, “Harry & Meghan.” And of course, there are those who prefer to say “Happy Holidays” because of diversity.  Well, the population of the UK and the Commonwealth is hugely diverse, and as the Jewish festival of lights began, he made sure to recognize that as well. That’s the sort of thing that working royal family members are expected to do.

King Charles and Camilla-Parker-Bowles recently hosted their first-ever State Visit. At the time, people saw him undertake the usual dreary-looking events that accompany this sort of job. Definitely, it should be noted that there was no sign of boredom from the sovereign or his guest, South Africa’s President Cyril Ramaphosa. But now, it’s time to lighten up and loosen up as the spirit of love starts to sweep across the world. So, the start of the Hanukkah (Chanuka) celebration went off with lights, dancing, and music.

The dancing and fun that went down this weekend was posted on Twitter by the Royal Family account. The event was explained in the caption that arrived with a video and a number of photos. It said, “As the Jewish community prepares to celebrate Chanukah, The King today joined holocaust survivors for a reception at @JW3London – a community centre that acts as a hub for the arts, culture, social action and learning in North London.”

King Charles eagerly held hands with the other folks there and they danced away happily. Clearly,  he thoroughly enjoyed himself. Meanwhile, others stood around clapping in time to the music or trying to grab some footage of the royal enjoying the fun. Actually, it wasn’t all dancing, but even as he met people and looked around, there were only happy smiles.

When people took to the comments to talk about King Charles celebrating by dancing with the holocaust survivors, there were some nice words written. @TiffanyP427 said, “I love when I see His Majesty out and about. Especially when he dances or does something like dances with his subjects. He really does care about the people of his country.“

Another royal family fan,@ElphabaLondon wrote, “This is what is so special & important about the RF. King Charles was brought up to serve his country & his people since the day he was born, so was William & George. This truly is his country, his legacy. No elected politician in the world will have such bond & commitment.”

What do you think? Let us know in the comments below.