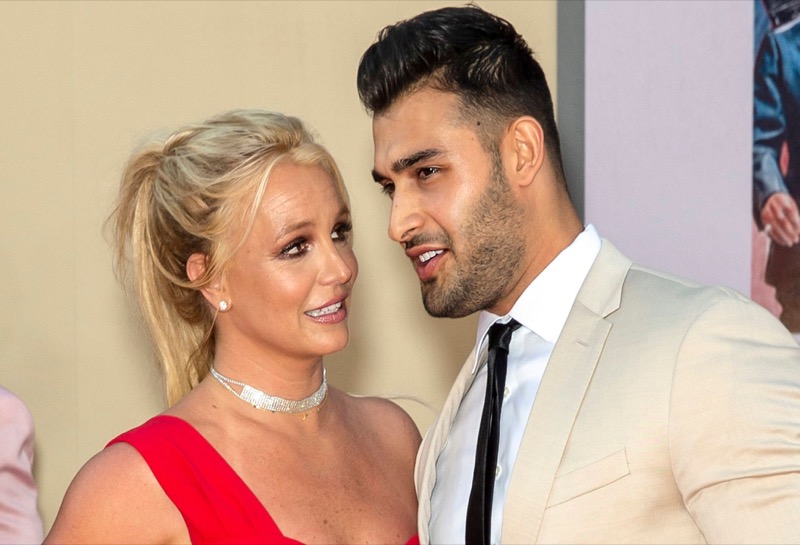 Britney Spears is now a happily married woman with a new mansion next to her ex, and she’s got a brand new security team to canvas the home. This comes after she fired the old crew who allowed her other ex-husband Jason Alexander to crash the party and get inside her old home in Thousand Oaks, CA.

TMZ reports that inside sources spill that the singer has pulled the plug on the old security and brought in a whole new team: “we’re told it happened quickly after Thursday’s fiasco.”

Jason livestreamed his whole journey, he was eventually arrested. But not before he showed the world his behind getting onto Britney’s property and all the way up to the second floor of her home. The man had a knife and clearly was a danger to the songstress, not to mention a wedding crasher.

He demanded to see her but law enforcement officials carted him off before any harm came to Britney or her betrothed Sam Asghari.

On Monday Jason was arraigned on charges of vandalism, trespassing and battery. He also had a felony stalking charge thrown at him and granted Britney a 3-year restraining order against the dangerous felon.

Britney’s attorney, Mathew Rosengart attended the hearing and he previously stated he would do everything possible to make sure Britney was protected. Rosengart told the outlet he hopes the harsh justice will prevent any future copycats from approaching Britney.

Britney’s Wedding Was Not a Family Affair

None of Britney’s immediate family attended her wedding and later her mom Lynne Spears gave her side of the story. She posted to Britney’s social media on Friday with an IG post about the “fairytale” wedding: “You look radiant and so happy! Your wedding is the ‘Dream’ wedding! And having it at your home makes it so sentimental and special! I am soooo happy for you! I love you!”

Apparently Britney’s mother, father, brother, and sister, Jamie Lynn, were not invited to her special day. earlier this year she successfully had her conservatorship, held by her father Jamie, cancelled and since then there has been some verbal back and forth.

TMZ reported that “Britney’s been on the outs with her parents and sister since her battle to end the conservatorship heated up last year. The singer has threatened to sue all of them — and her attorney, Mathew Rosengart, is currently trying to get Jamie Spears to sit for a deposition.”

Be sure to catch up on everything happening with Britney Spears. Come back here often for Celeb  news and updates.