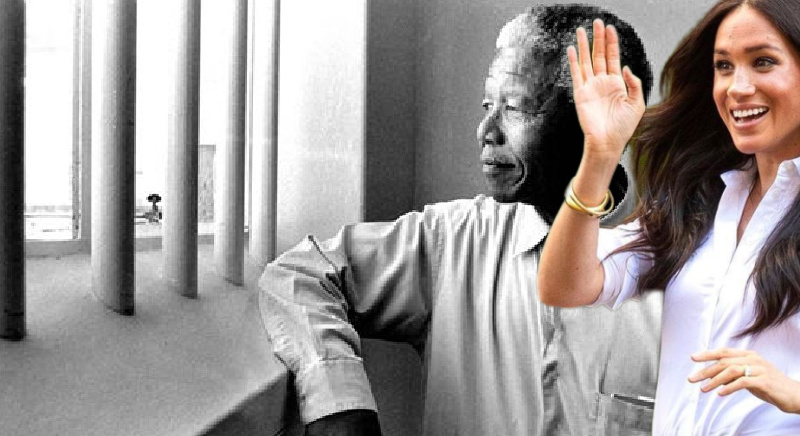 Hard on the heels of the first Archetype podcast, Meghan Markle landed herself in hot water with South Africans yet again. Already angry, plenty of them took to social media to vent about Prince Harry’s wife. It came after she mentioned Nelson Mandela during an interview. But the question is, did she claim that people in the country literally danced in the streets the same as they did with Nelson’s release from jail?

First off, it should be pointed out that the author of this article was in South Africa when Prince Harry married. So, we can confirm that the general mood about the wedding was very good.  Actually, many people went to sports bars to watch it go down on big screens. Meanwhile, others had their friends and family over for a braai (barbecue) and watched it on their screens. When rumors that they might honeymoon in the country emerged a lot of people felt excited. And, some of them hoped they might settle in the country.

Things changed when Meghan Markle related the story about the fire in the hotel when they visited South Africa in 2019. Actually, a heater did cause a small fire and the police knew about it. But that wasn’t what made the Archetypes podcast trend for all the wrong reasons. For South Africans, she came over as privileged, arrogant, and woefully ignorant of their culture. So right now, nobody wants her to visit the country again.

Someone Else Compared Meghan Markle To Nelson Mandela

In her interview with The Cut, Meghan did mention Nelson Mandela. However, it should be noted that it was anecdotal. Most likely, The Lion King cast member from South Africa really did say, “I just need you to know: When you married into this family, we rejoiced in the streets the same we did when Mandela was freed from prison.” Even though it hugely exaggerated the so-called celebrations, there is no one quite like an African for finding wonderful words of praise.

Actually, it’s a pity that the author of the article didn’t also quote Meghan Markle when they paraphrased the bit about her knowing “she’s no Mandela.” So, as it was anecdotal and Harry’s wife didn’t claim “I am the same as Nelson Mandela,” it didn’t originate with her. Therefore, in fairness, some people pointed it out on Twitter.

Did Meghan Markle make a mistake when she told the journalist the anecdote? Absolutely. Ironically, she’d just been talking about the media and how dealing with them in the royal family was so restrictive. In fact, when she gave out the anecdote, she handed the writer pure gold! Hello??? There’s a reason why the royals are careful about what they say to journos.

The Project, an Australian show, discussed the fact that Meghan Markle said “She Was Compared To Nelson Mandela, In New Interview.” Kudos for a correct title. However, in their discussion, it was mentioned that she shouldn’t have mentioned the Nelson Mandela comparison even if it came from some fawning actor. After all, why would you?

What do you think? Sound off in the comments below.