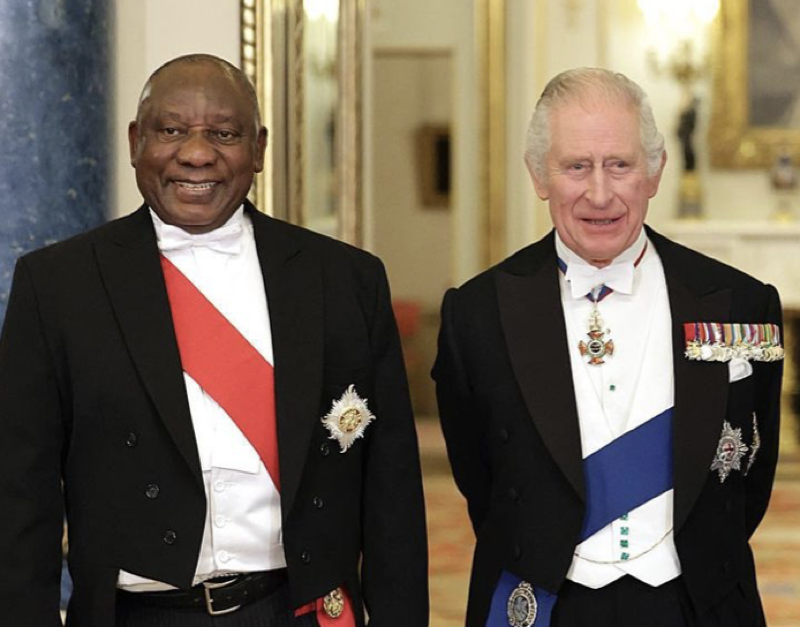 King Charles and the Queen Consort, Camilla are hosting their first State Visit and South African President Cyril Ramaphosa is there right now. It’s a huge honor but not every South African is cheering from the rooftop. Actually, there seems to be a lot of anger about the country facing severe power outages. Known locally as “loadshedding,” the county feels the crippling effects of inadequate electricity.

King Charles And Cyril Ramaphosa After The Death Of Queen Elizabeth

When the Queen passed away, millions of people watched the pomp and pageantry go down. Then after that, attention turned to the eldest son of the monarch who took over from his mother. Lots of people had actually hoped that Charles and Camilla would take a step back and let William take the throne. However, that didn’t happen. But, the Prince of Wales was there to meet Cyril Ramaphosa. Actually, the South African president has been out of the country quite a bit as infrastructure and services struggle.

When King Charles’ mom passed away, Ramaphosa went to the UK for the funeral. Later, he skipped addressing the  United Nations General Assembly and returned home amidst rising fears of a potential power grid collapse. Apart from that, strikes, protests, and some violence erupted over the lack of other essential other service delivery issues. And that explains why a lot of South Africans are not cheering the State Visit right now. In particular, many people don’t believe the power stations are failing due to maintenance problems, but rather fail because of Europe’s growing demand for coal.

When eNCA, a popular outlet in South Africa reported on the State Visit, folks grumbled in the comments. Of course, other outlets also covered the news about Cyril Ramaphosa’s visit to the UK. But there are way too many unhappy commenters to cite all of them. The main issue seems to be the lack of electricity. If you don’t know, since Russian sanctions started, Europe has seen a surge in coal demand. For now, it seems that great Thunberg has been forgotten.

King Charles, local people believe, should rather tell Cyril to go home and sort out the collapsing grid. Actually, folks who don’t swallow the story of no diesel for turbines and broken infrastructure seem rather suspicious. Even Reuters reported that profits are way up in the coal industry. No wonder some people are skeptical In the comments section of the post by eNCA, @Brn_2spk said, “Why? This is not our King, we have many challenges here and yena he is there to see his King…Mxm.”

Another waste of tax payers money!

Meanwhile, @bhebhetv4 said bitterly, “He is busy flying all over the world to smile on his white bosses while we sinking as a country.”

King Charles and Cyril Ramaphosa will no doubt talk about him greening the country. However, for a lot of people, there is fear that going green will come too late for South Africa. The economy was already shaken by the lockdowns for covid. According to Statista, “South Africa registered the highest unemployment rate in Africa in 2021, with around 34 percent of the country’s labor force being unemployed.”