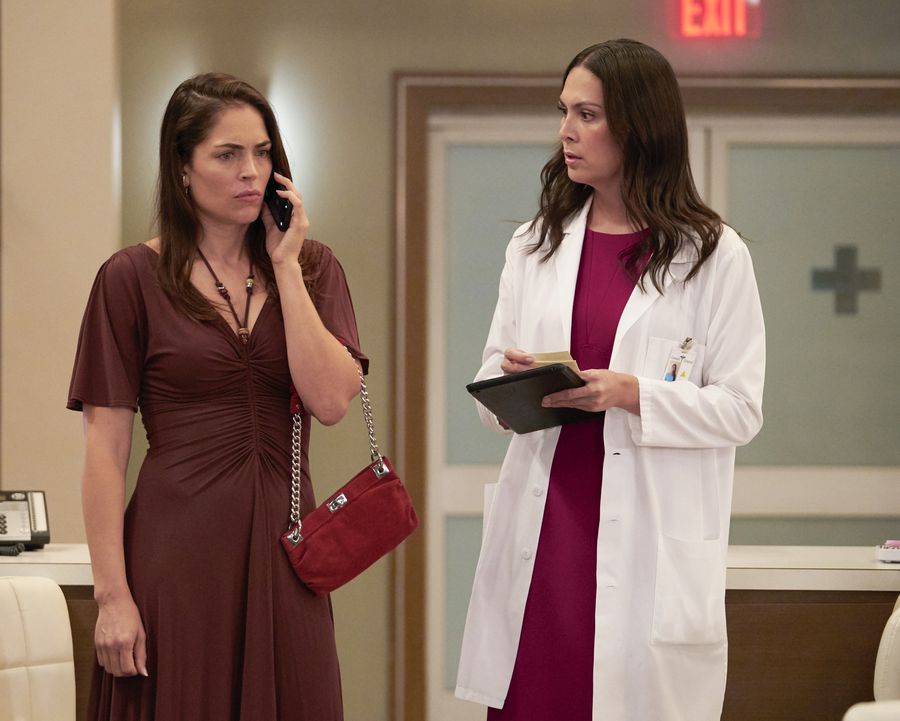 General Hospital spoilers reveals Britt Westbourne (Kelly Thiebaud) is the Co-Chief of GH, alongside Terry Randolph (Cassandra James). Together, this pair who once loathed one another and competed for their position have managed to turn the hospital and its staff in a more positive direction than ever before.

This is all Britt ever worked for and she still can’t believe it’s going to end soon. No one could possibly understand what she’s going through, least of all someone healthy. She’s not ready to talk about it and Terry’s insistence that she blurt out her feelings is only going to make Britt feel backed into a corner and ready to snap. Someone tellsTerry to phone Cody Bell (Josh Kelly) and learn from his mistakes.

Terry has been holding back from digging into Britt’s private affairs. They might be coworkers, and they might even get along now quite swimmingly compared to how they once were, but they’re not so close that Terry thinks she can pinpoint what’s wrong with Britt just because her behavior is off. She’s not acting like she normally does at work, but Terry doesn’t know much about who Britt is off the clock, apart from what she’s heard. Regardless, her questions are valid as one half of the team that runs the hospital.

When Terry digs into Britt and asks her what is going on, her approach will probably be gentle. It usually is with Terry. However, if Britt bites back, Terry might, too. She’s not known for being hard to get along with, but she also doesn’t placate people or take the heat when she doesn’t deserve it. So she’ll know any discord between her and Britt isn’t of her own doing. Britt is going to balk at the exchange feeling flustered because she wasn’t expecting to be called out about her behavior in the workplace, and now she knows it’s noticeable. The time that Britt has to hide her condition is eroding before her eyes and she’s not ready yet.

In the heat of the moment, Britt might go ahead and tell Terry her plans to leave Port Charles, and Terry will be stunned. Just last year, the two of them were at odds battling for the same role. When Monica Quartermaine (Leslie Charleson) picked both of them to share the position, they weren’t thrilled — least of all Britt, but they made it work. Now, Terry can’t imagine doing it without Britt. Will she tell her what happened, or is she going to leave Terry to pick up the pieces and wonder? Stay tuned for more General Hospital news and spoilers to find out.