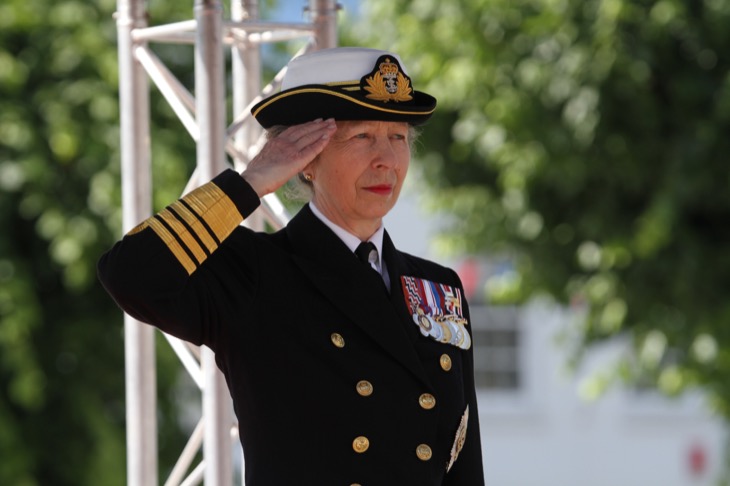 Princess Anne, a.k.a The Princess Royal is 16th in line to the throne but some people wish she could actually be the Queen. However, that won’t happen as changes to the law only recently allowed girls to keep their place in the line of succession. Although she is older than Andrew and Edward, Anne got bumped down, unlike Princess Charlotte. This week, royal family watchers had an opportunity to wish that things could be different for Queen Elizabeth’s only daughter.

Princess Anne Is A Working Royal

Some people really like that the sister of King Charles is still retained as a working member of the royal family. In fact, she can step in for him if he’s unable to attend special events. As The Princess Royal, she might be one of the most hardworking of them all. For most of her life, she’s been well-known as an equestrian and she was the first royal to ever represent her country as an Olympian. In fact, a lot of her patronage extends to sports and health-related charities.

Princess Anne seems very kindhearted, and much like Prince Edward’s wife, Sophie, few people say anything horrid about her on social media. Recently, when the funeral for Queen Elizabeth took place, the second oldest child marched with dignity alongside the rest of the family. Some people couldn’t understand why she wore a uniform, but she is a colonel-in-chief. Mind you, she could probably own the company of almost anyone as she once told paparazzi to “naf off.”

This week, the royal who once faced a hostage situation with bravery and flair, visited the Intelligence Corps. The Twitter account for the outfit said, “The Intelligence Corps were honoured to host Her Royal Highness The Princess Royal to Chicksands for her first formal visit to the Intelligence Corps as our Colonel in Chief.” In the post, the photos showed her immaculately turned out in her own uniform as she inspected the squad. Another photo showed her standing respectfully in front of the memorial to the dead.

The comments about Princess Anne seemed good and some of them came from those people who had served. One of them wrote, “Anne has been the most busy royal (after the Queen probably) for years. She took her training from both parents to heart.”

Another commenter noted, “My husband was stationed at RAF Chicksands 3 different times and we loved 😍 it there. Wish we could have seen princess 👸 Anne.”

Other Comments Revealed A Fondness

Princess Anne, one royal family fan said, “looks so kind and ladylike!” Well, she probably is, but as another person noted, she’s also “sharp.” Not meant as an insult, it means that she’s quick-witted.

This comment seemed to sum up a lot of feelings that people have for the daughter of Queen Elizabeth: “Can she just be Queen?”