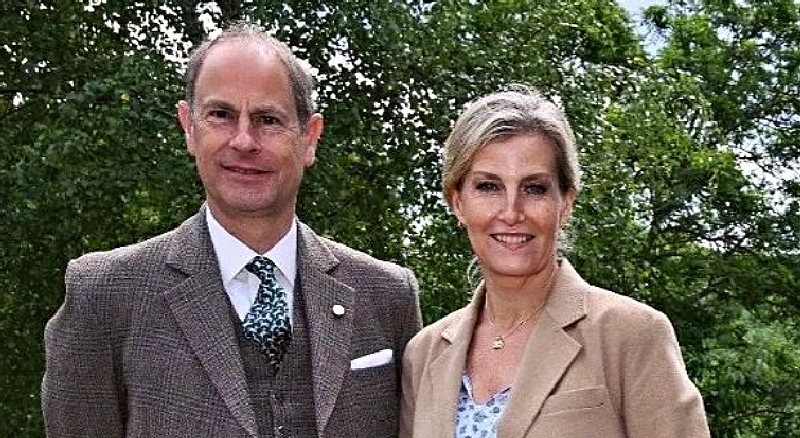 Prince Edward and his wife Sophie, aka the Earl and Countess of Wessex currently represent the Queen on occasion. Actually, they become increasingly popular as drama with Prince Harry and Prince William emerges. Well, since Prince Phillip died, Queen Elizabeth announced that she’d like to see Prince Charles become King when she dies or abdicates. Those who follow the royal family know that Charles wants to trim down the family members who work for “The Firm.” But will he ax his younger brother?

Meghan Markle and Prince Harry generate a lot of negative news. As does William sometimes, given the reported feud between the brothers. Well, there’s zero chance that Charles as King might boot William from royal duties as he’s the next in line to the throne after his dad. Meanwhile, Prince Andrew’s daughter, Eugenie seems unpopular among the royals for her open support of Prince Harry and Meghan. So, she might disappear. But might Sophie, who, like Kate Middleton is a patron of British sporting teams survive?

Prince Edward, the fourth and youngest child  of Queen Elizabeth, started becoming more active as a royal rep in recent years. However, he’s quite far from ever sitting on the throne as he’s only 14th in line. But, fans seem to like his quiet dignity. When he made his speech at the close of the Birmingham Commonwealth Games, a lot of people on social media complimented him as a perfect gentleman.

It’s no secret that Charles wants to trim down “The Firm.” In fact, the news has been around for a long time now. Actually, those who want the monarchy disbanded hope they all take themselves away out of public life. But, the fact that many people still like the idea of a Royal Family, makes that unlikely in the foreseeable future. Word is that Prince Andrew and his daughters might as well sail off into the sunset. Plus, Meghan can carry on being nothing more than the average celeb in Tinsletown.

According to The ExpressUK, Prince Edward and Sophie retain a lot of popularity.  The outlet reported that their poll indicated that only “six percent” of voters felt that Charles should boot them. Meanwhile, 27 percent can’t decide. And, a whopping 93 percent want to see them included in those royals who continue to represent “The Firm.”

Charles Is Not A Fool

Prince Edward is younger than his brother, and royal followers know that of all of the queen’s siblings, possibly he brought the least scandal. After all, Charles was scorched by the media when he and Lady Di split. Potentially, the new monarch could hang onto his brother who probably still maintains the dignity expected from the royal family.