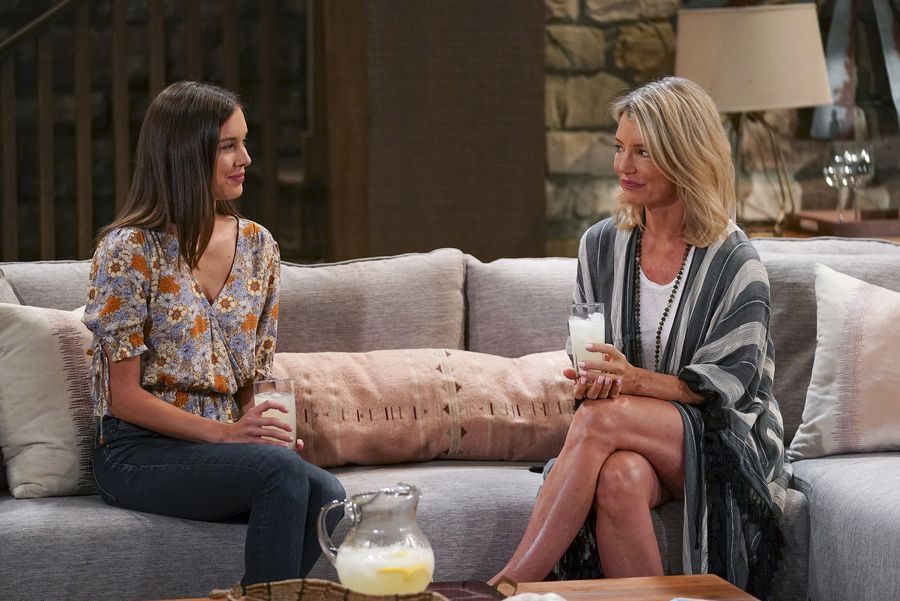 General Hospital spoilers indicate Josslyn Jacks (Eden McCoy) is about to stumble upon a hidden truth that will threaten to tear her family apart. Joss has been struggling with her own secret — her growing feelings for Dex Heller (Evan Hofer), Sonny Corinthos’ new enforcer. As if that wasn’t enough, she’s going to unearth the secret of who Willow Tait’s (Katelyn MacMullen) real birth mother is — and her own mom, Carly Corinthos (Laura Wright), will ask her to keep it.

When Joss unintentionally uncovers the truth Harmony Miller (Inga Cadranel) left behind in Carly’s trusted hands, the weight of it will nearly crush Joss. How will she handle knowing Nina Reeves (Cynthia Watros) is really Willow’s mother — and that Willow is Nelle
Benson-Jerome’s (Chloe Lanier) twin? Joss has always believed family comes first, and can’t understand why her mom wouldn’t want Willow to know she has a mother — especially when she’s about to give birth and will be going through cancer treatments. While she will accept her mother’s rationalizations for a while that it’s best for everyone involved – especially Wiley Corinthos (Viron Weaver) — if no one knows this secret, Joss may end up feeling like it’s not her decision to make.

It won’t be a surprise to anyone that Carly kept this secret. What will shock her family is that she put her own daughter, Joss, in the position she did asking her not to tell anyone about it — perhaps forever! Everyone will notice that Joss isn’t herself. She may start to withdraw from her family, which will be highly unusual for her. She will definitely distance herself from Carly, and people will start to wonder why Carly isn’t trying to mend the issue — because she knows the reason for Joss’ distance. Ultimately, Joss is going to tell someone what she knows, but who will she choose to spill the beans to?

GH Spoilers Says Joss May Turn on Her Mother

If Jason Morgan (Steve Burton) were still alive, there would be no question that Joss would go to him and ask for his help in shouldering this burden. Jason would ultimately talk some sense into Carly, and she would come clean. Scratch that, Jason would probably cover for Carly and pretend he just found out, allowing her to maintain her reputation without ruin. The closest thing Port Charles has to Jason now is Drew Cain (Cameron Mathison), his twin brother. Drew has been cozying up to Carly, but their relationship is still a far cry from what Carly and Jason had. Will Drew protect Carly as the news about Nina and Willow breaks?

Stay tuned to GH every weekday and keep coming back to us for more news, updates, and GH spoilers to keep you satisfied in between episodes.