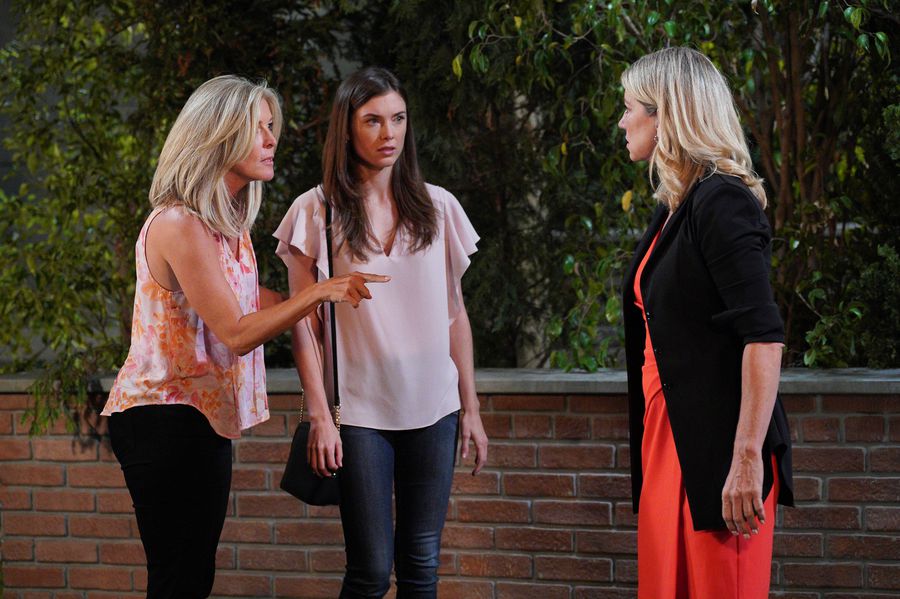 General Hospital spoilers tease Nina Reeves (Cynthia Watros) has been inserting her nose into Willow Tait’s (Katelyn MacMullen) business pretty regularly as of late, and frankly, Willow is quite tired of it. So when Nina mentions another observation she’s made as a bystander to Willow’s life with Michael Corinthos (Chad Duell), Willow isn’t going to hold back in letting her know exactly what she thinks.

While T.J. Ashford (Tajh Bellow) and Willow have both insisted there is nothing romantic happening between them, Nina can’t help but question how often she sees them together — and how frequently their engagements look like they’re embroiled in something rather serious. Until someone tells Nina the truth about what Willow is going through, she’s probably going to keep assuming she’s onto something. Why is Nina so preoccupied with cheating?

The last time Willow and Nina got into an argument, Willow didn’t miss a beat when she told Nina to drop dead. This comment might be brought up once again to highlight the depths of disgust Willow has for Nina. Fans know they will ultimately find out they are mother and daughter. So right now, the focus is going to be in pitting them against one another as much as possible and really causing a lot of hurt and frustration for each other. When Nina references the comment Willow made and implies it’s less than tactful to tell her son’s grandmother you hope she dies, she may go so far as to ask Willow how she would feel if the roles were reversed and Nina was wishing her dead. Oh, the irony!

During Nina and Willow’s argument, Willow is going to get weak and collapse. Nina won’t know what to think, and she certainly won’t continue to berate her once this story climaxes. Willow will end up admitted to GH where a battery of tests show she needs that bone marrow transplant as soon as possible. Drew Cain (Cameron Mathison) might ramp up his search, but the only person who can really deliver the goods here is Carly Spencer (Laura Wright), who knows Nina and Willow are related. Will Carly come clean and tell everyone she’s known all along that Harmony Miller (Inga Cadranel) stole Willow, and that Nelle Benson-Jerome (Chloe Lanier) was her twin? Is Willow going to be forced to tell everyone the truth about her health now, including Nina?

Keep checking back for more General Hospital news, updates, and spoilers as this storyline continues to unfold.