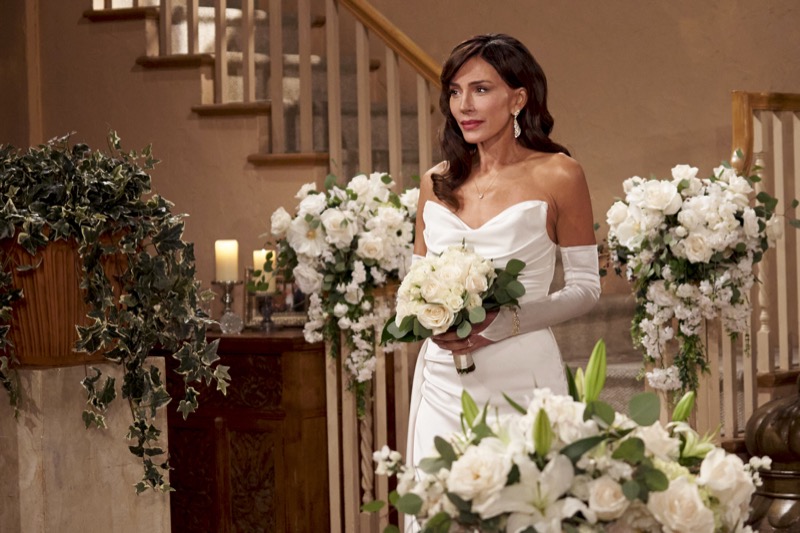 The Bold and the Beautiful (B&B) fans are nervous about what’s ahead for Taylor Hayes (Krista Allen) and Ridge Forrester (Thorsten Kaye). Ridge will have a decision to make when he learns that his son, Thomas Forrester (Matthew Atkinson), faked the CPS call with a voice-changing app.

Krista Allen, the actress who plays Taylor, sounded off on Twitter to let the Tridge fans know she is thinking of them. She knows the viewers are hoping for a miracle for Ridge and Taylor. And for that, she’s thankful, so many people support her alter ego.

When Ridge explained to the family that Brooke Logan (Katherine Kelly Lang) called CPS on Thomas, that should have been a red flag for Taylor. She should have realized that Ridge isn’t marrying her because he loves her. In addition, she should have picked up on the fact that Ridge broke up with Brooke, not because he didn’t love her, but because he was angry that she allegedly called CPS.

Taylor deserves better than what B&B is giving her. B&B fans know it too. She should walk away from Ridge and tell him to return to Brooke. But we all know she won’t do that. She dreams of remarrying Ridge and making her children happy that their parents remarried.

Bold and the Beautiful Star Speaks Out

Krista wants the Tridge fans to know that she appreciates all the support. She acknowledged that they were right to worry about how this will all play out. She said that the end of this storyline would “stun” all.

“Sending out purple heart emojis to the ‘TridgeFam’ fandom,” Allen expressed. “Battered and bruised and still on the front lines fighting… even though I see we’ve had some casualties lately. I see you. I hear you. I appreciate you. I love you,” Allen tweeted to the Tridge family.

No one knows yet how this wedding will play out. Ridge and Taylor could get married without any issues, and the secret comes out after they say, “I do.” Or, someone could interrupt the nuptials to reveal the CPS bombshell. Time will tell, and luckily it sounds like the big reveal will happen next week.

B&B fans, do you think there’s any possible scenario that Ridge and Taylor can make it? This site is a leading source for everything linked to The Bold and the Beautiful. Check back regularly for B&B spoilers and news!