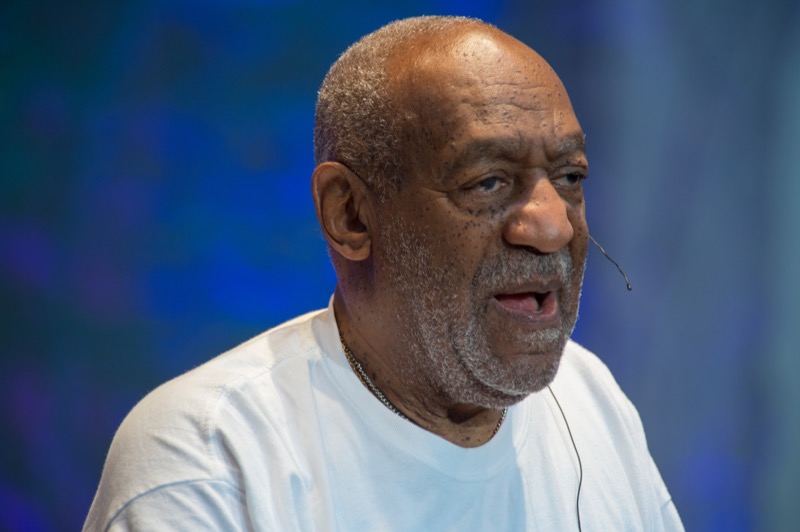 85-year-old actor and comedian Bill Cosby’s civil trial case on Wednesday, June 9, 2022, video testimony was heard by jurors in which the convict denies sexually abusing a teenage girl at the Playboy Mansion in the 1970s. Judy Huth is suing the disgraced comedian and according to Oxygen her lawyer asked Cosby if he had tried to put his hand in Huth’s pants. Cosby said “no.” He was then asked if he, “exposed himself and forced her to touch him sexually, Cosby answers “no” in the same way.”

Huth’s attorney Nathan Goldberg is also heard asking Cosby, “if he would knowingly have relationships with girls who were under 18 in the mid-1970s. Cosby answers “no.” But he also says “no” when asked whether he would make sure those he sought sexual relationships with were 18.”

The video deposition was taken in 2015 and at the time Huth said the molestation took place in 1973 or 1974, when she was 15. The clip was played for the jury on the sixth day of the trial in Los Angeles County.

Why Is Bill Cosby On Trial?

Cosby is absent due to glaucoma that has left him blind, according to his representatives. In the video Cosby said he does not remember meeting Huth nor her friend Donna Samuelson. Both individuals testified at the trial, “that they met him on a film set, then days later met up with him at a tennis club, briefly visited a house he was staying at then went with him to the mansion.”

Bill Cosby Is Not In the Courtroom

He responded by saying, “What is the word ‘know,’ that I ‘know’ somebody Or that I met someone? Or that, while at Disneyland I met a hundred people and took pictures with them? Or that, while I’m at the airport I’m sitting, waiting to catch a plane and people come up and sit next to me, sit on me, put your arm around me, say hello and take a picture that later might show up somewhere somehow and that I know this person? No, sir. It doesn’t mean that they were with me, or that I was even with them.”

Cosby’s attorneys will begin calling their own witnesses Thursday. Huth, 64, testified Tuesday and Wednesday. Huth filed the lawsuit in 2014, “saying that her son turning 15 that same year brought back painful memories of her sexual assault, and brought on subsequent depression.”