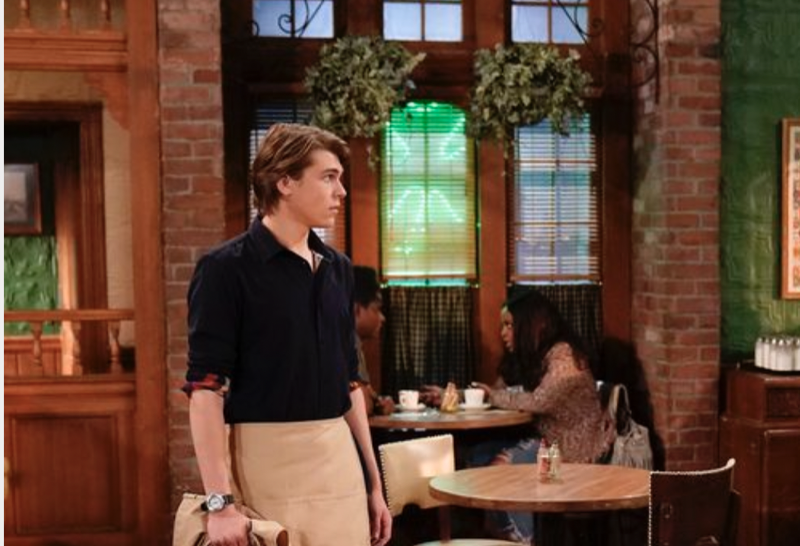 General Hospital spoilers reveals recently, we saw Cameron Webber (William Lipton) finally attempt to address the elephant in the room with his girlfriend, Josslyn ‘Joss’ Jacks (Eden McCoy). Cam has been a supportive and doting boyfriend, and just as much of a reliable friend as he’s always been to Joss. She’s never waivered from trusting him or thinking of him as the rock she can lean on — even since their secret sex tape was released all over the PCU campus. Still, Joss hasn’t been ready to revisit an intimate relationship with Cam since that happened. In other words, they finally slept together for the first time and haven’t again.

Naturally, Cam has grown concerned that there were other reasons Joss didn’t want a repeat experience, and he needed to hear her say he wasn’t the problem. She’s still processing everything that happened, and that’s okay. Cam loves her and he’ll wait as long as it takes. That is, until he starts to realize Joss doesn’t seem to be as in love with him anymore.

When Joss ran out of Kelly’s while barely kissing Cam goodbye, he thought nothing of it. However, Michael Corinthos (Chad Duell) gave Cam a heads-up about where Joss was headed. It appears she’s got a new obsession with Sonny Corinthos’ (Maurice Benard) latest enforcer — Dex Heller (Evan Hofer), and she was intentionally keeping Cam in the dark about it.

At first, Cam is quite confused about why Joss would rush off to Dex’s side, or would involve herself at all in his business dealings with Sonny. We have to remember Cam still doesn’t know how well Joss has been coming to know Dex, or that they’ve spent more one-on-one time together. How would Cam feel if he knew she was going to Dex’s apartment, helping him button up his clothing, and rescuing him from near death?

General Hospital Spoilers — Cam’s Days with Joss May Be Numbered

While that sounds salacious, Joss is going to pretend it’s nothing when Cam finally confronts her — and he will. Rumor has it Joss won’t be ready to be honest with herself about how her feelings for Cam have changed, and that Dex has something to do with that. As long as Joss is lying to herself about her affections for Dex, she’s not going to be honest with Cam about it either. In fact, when Cam puts her on the spot about the future of their relationship, Joss just might hem and haw, forcing Cam to make the tough decision for her. Which part of this storyline are you most eager to see play out? Share your thoughts with us, and don’t stray like Joss has.

Keep checking back with us for more General Hospital news, updates, and spoilers coming to you all day.