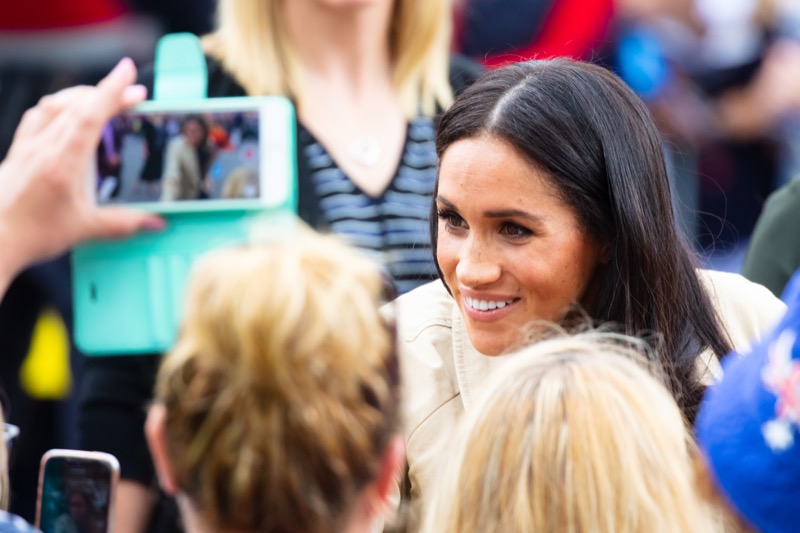 In the past, people have claimed that they are bored with hearing about Prince Harry and Meghan Markle. Well, they don’t seem to hear much from Harry these days and the roadshow seems to be driven mostly by Harry’s wife. If you don’t know, allegedly, her PR team has instructed Harry to stay away when she gives interviews. And, he certainly did that with Variety’s recent interview. However, has the Duchess of Sussex lost some of her flavor without her husband by her side?

Meghan Markle Seems To Be All About Her Own Publicity

At one stage, interest in the Duchess of Sussex surged. That came when she started her Archetypes podcast on Spotify. However, interest waned and it seems that a lot of folks still think they’d rather take out the trash than ever hear from her or see her in the headlines again. Actually, Harry popped up in one episode, but it’s not clear that he will do so again. This week, several mainstream media outlets reported that his wife’s PR team thinks she should go it alone.

Speaking about the PR team of Meghan Markle, Neil Sean from his Heart of London Vlog on youtube dropped some tea. He said, “The reason why Harry apparently was banned is [because] the new PR team, feel [the prince] could be too much of a distraction.” Using the word “allegedly,” he also discussed the anticipated book, that Harry wrote. If it is seriously explosive, perhaps the PR people want the Duchess of Sussex distanced from it.

Meghan Markle Excluded Harry & His Grandma In Her Interview

Neil Sean raised the fact that allegedly, Prince Harry’s wife chose to not have her husband in the interview. Well, News AU picked up the story, and it was shared on Twitter. However, writer Daniela Elser noticed something else during the interview. Daniela noted that when she talked about Queen Elizabeth, she didn’t use her name or title, merely calling her a “grandmother.”

It was as if Harry had evaporated as she exclusively talked about him as being “my husband.” Daniela wrote, “If a person didn’t know any better…they might be forgiven for thinking this “husband” [of Meghan Markle] was some intensely private individual who did not want to be sucked into his wife’s PR vortex and to remain out of sight.”

The Roadshow Seems Boring Without Harry

Meghan Markle, Daniela decided, is mega-boring without Harry being in her life. In fact, she noted, “In this piece we learn that she likes wine and Wordle and Beyonce.” Sarcastically, she added, “Well, hold the front page!”

What are your thoughts? Do you think it’s odd that Meghan didn’t even use her husband’s name in the interview with Variety? Is that taking the PR team’s advice too far? Sound off in the comments below.