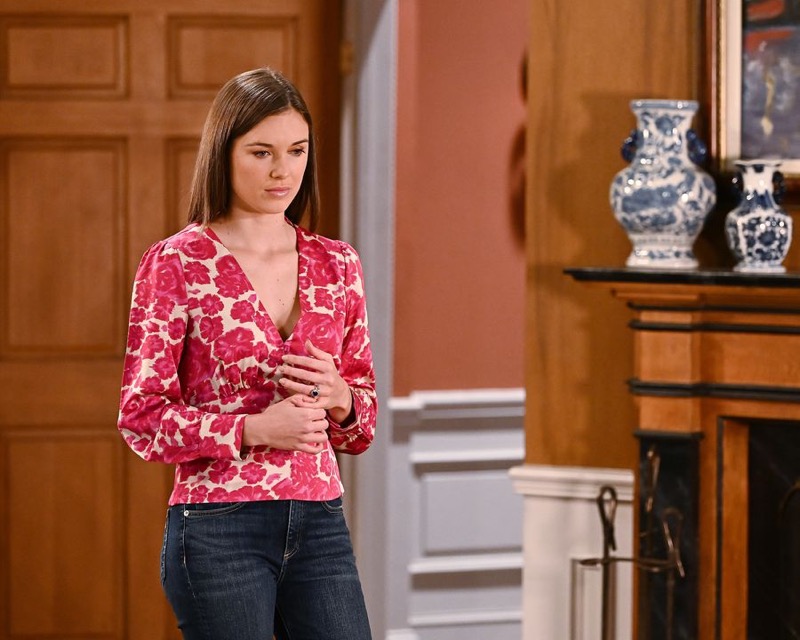 General Hospital spoilers reveals Nikolas Cassadine (Marcus Coloma) does not want to have a child with Esme Prince (Avery Kristen Pohl), and Esme knows it. She’s going to be on the lookout for schemes and ploys on Nikolas’ part to try and weasel his way out of this whole situation, but at some point, she’ll let her guard down and think it’s too little too late. Nikolas will also give up and give in to an extent. He won’t see a way out of the mess he thinks Esme somehow solely got him into. That is, until she gives birth.

Esme is going to go into labor, and because she’s still being hidden away and a fugitive from justice, she will labor and give birth in the north tower at Wyndemere. Nikolas will be the only person around to attend to her, and he will quickly escort the baby out of the room and leave Esme behind after birth.

Taking the baby straight to General Hospital and hoping to come up with an explanation for having a newborn, he will arrive and overhear that Willow Tait (Katelyn MacMullen) is also in labor while standing at the nurse’s station. When Nik gets wind that Willow and Michael Cortinhos’ (Chad Duell) baby may not survive, that’s when a light bulb moment will occur to him. As he watches a nurse wheel Willow’s baby into the NICU, he will follow behind. When the Corinthos baby doesn’t survive, Nikolas will stoop to a new low and wait for the opportunity to sneak into the NICU before the baby is moved and switch Michael and Willow’s deceased child with his own.

GH Spoilers Say Willow Will Insist That’s Not Her Baby

A mother knows these things, and although Willow may have been in and out of consciousness or weak at the time of birth, she locked eyes with her newborn baby. She knows her child, and when Nikolas and Esme’s baby is brought to her later instead, she’s going to insist it isn’t her child. Many will assume she’s suffering from postpartum depression or a severe mix of posttraumatic stress disorder, possibly triggered by the birth since her last baby did die after birth. While everyone will take Willow’s behavior seriously as a symptom of illness, no one will take her claims seriously.

Nikolas is going to look at his plan as a win-win. Willow won’t have to endure the heartbreak of losing another child, nor the guilt of thinking she contributed to its death somehow by refusing cancer treatment throughout her pregnancy. In addition, Esme doesn’t get to corrupt an innocent child, and she won’t be able to blackmail Nikolas anymore. Furthermore, a DNA test on Willow and Michae’s deceased newborn will not match Nikolas as being the father. Nikolas will be on the fast path to being rid of Esme once and for all. How do you see this playing out? Will Nik really be free from Esme’s chains? Let us know, and stay tuned right here for more GH news, updates, and spoilers.