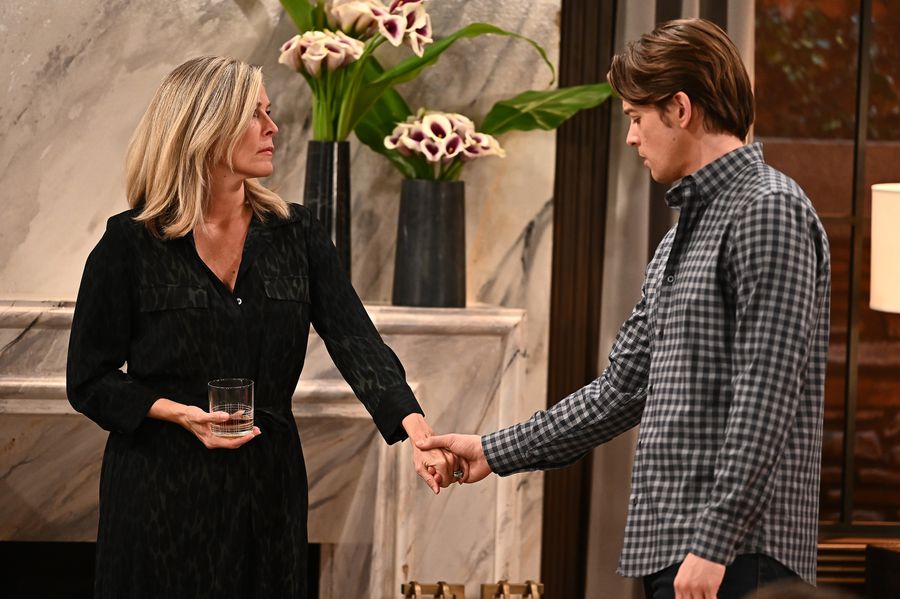 General Hospital spoilers tease, Willow Tait (Katelyn MacMullen) and Michael Corinthos (Chad Duell) have made a very big and important decision. Although Willow was originally not interested in figuring out where she came from when the only mother she’s ever known — Harmony Miller (Inga Cadranel) — died, her needs trump her personal desires right now.

Willow is battling Stage IV Leukemia and needs a bone marrow transplant to accompany her treatment and give her the best odds of survival. While it’s not impossible to find a match, it’s much more likely she will find one at all — and sooner — if she can track down some living relatives. Thus, Willow and Michael are going to begin to look for Willow’s birth parents, and this news won’t fall well on Carly Spencer’s (Laura Wright) ears.

Michael and Willow won’t be divulging the details of her health problems right now, but they are going to tell Michael’s family about Willow’s hunt for her birth parents. It only makes sense to have their support and potential help in getting to the bottom of where Willow came from as quickly as possible.

The initial surprise at hearing this news is understandable, but Carly just won’t be able to get past her own personal insecurities about Willow’s search for her birth parents — in particular, her birth mother. Ever since Harmony died, Carly managed to mostly put this issue out of her mind and figured it might never come up again. Willow didn’t want to know who her birth mother was. She was content with the life Harmony gave her and truly believed she loved her. She even went so far as to say her birth mother would probably turn out to be a horrible person. Carly is going to struggle to understand why Willow has changed her mind so quickly, and Carly’s lack of warm reception to the news will be hard for Michael and Willow to ignore.

Willow and Michael won’t be the only people wondering why Carly isn’t being her usual supportive self. After all, she’s the one who originally told Willow the truth about Harmony, and she broached this subject with Willow before — just months ago. What’s changed? Drew Cain (Cameron Mathison) will be wondering the same thing.

As far as he’s concerned, Carly has no information that the rest of them don’t, except he thinks they know for certain that Nina Reeves (Cynthia Watros) is not Willow’s birth mother. He’s not willing to entertain the idea that Carly lied to him just yet. So for now, he’s going to be as confused as everyone else as to why Carly doesn’t seem to think this is a great idea.

Keep checking back with us every day for more General Hospital news and spoilers as they become available.

The Bold and the Beautiful Spoilers: Taylor Reveals Voice App Secret To Ridge?