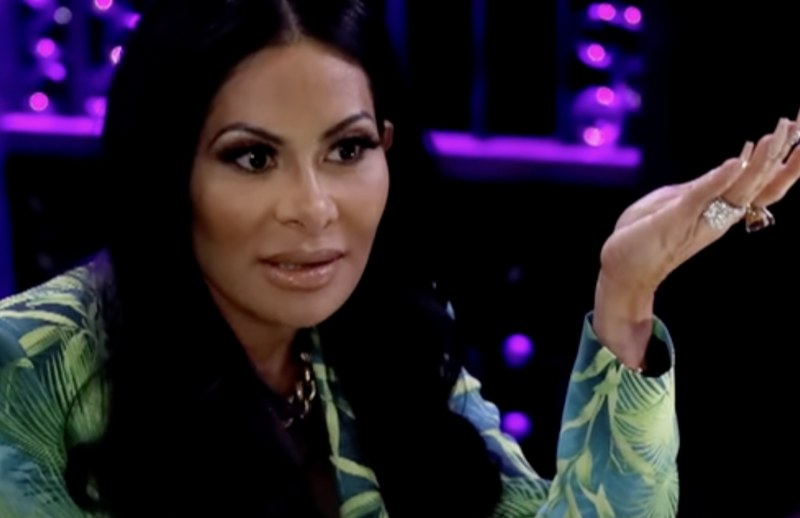 Real Housewives Of Salt Lake City star Jen Shah continues to await her fraud case sentencing. And in the process, her husband Sharrieff waits with her. Known as Coach Shah, he quickly became a fan favorite for Real Housewives viewers.

Find out how Jen’s husband reacted to her upcoming sentencing. And learn what he confessed during an emotional scene with other Real Housewives stars’ husbands. Get all the details below.

When Sharrieff Shah (also known as Coach Shah) first learned about his wife Jen Shah’s legal troubles, he felt stunned. But as Real Housewives Of Salt Lake City viewers soon learned, Coach Shah always stands by his woman. And even as new details emerged about Jen’s federal fraud case, her husband sought to do all he could to show his support, noted E News.

However, the most recent episode actually got filmed prior to Jen pleading guilty in her fraud case. As a result, it remains unclear how Shah feels about his wife’s sudden change. Jen faces charges of conspiracy to commit wire fraud and money laundering. And that could turn into a verdict sending her to prison for 30 years. She also might need to pay up to $9.5 million in restitution and fines.

Jen and her husband will learn her sentencing on December 15. Ironically, that date coincides with her co-star Meredith Marks’ birthday. And Meredith’s husband Seth Marks opened the conversation at Sharrieff’s barbecue luncheon for all the Real Housewives husbands.

After Seth asked Shah how he feels about Jen’s legal troubles, Shah got honest. “I believe that God never makes mistakes…never,” stated the coach. “And so, I am exactly where I’m supposed to be, and some days that is painful. Some days that’s hard and I cry.”

And Sharrieff explained his reasons for breaking down in tears. For instance, he admitted that he cries because he can’t fix her problems. And he also cries “because I can’t control the outcome. I can’t do what most men want to do for their wives in making it better.” As a result, Coach Shah confessed that he sometimes feels “absolutely helpless.”

However, even though Sharrieff can’t magically end Jen’s legal troubles, he does feel he can control his reactions. And he explained, “The only thing I tell my wife every day, I say, ‘Baby, I don’t know what’s going to happen two minutes from now. I just know how I’m going to react to it.'” That support comes in the wake of Jen confessing previously that if she didn’t have her family, “she “wouldn’t still be here on this Earth.”

Tell us what you think. How do you feel about Coach Shah admitting that he sometimes cries over his wife Jen Shah’s legal troubles? And after you share your views, check back on our site for more celebrity justice news.