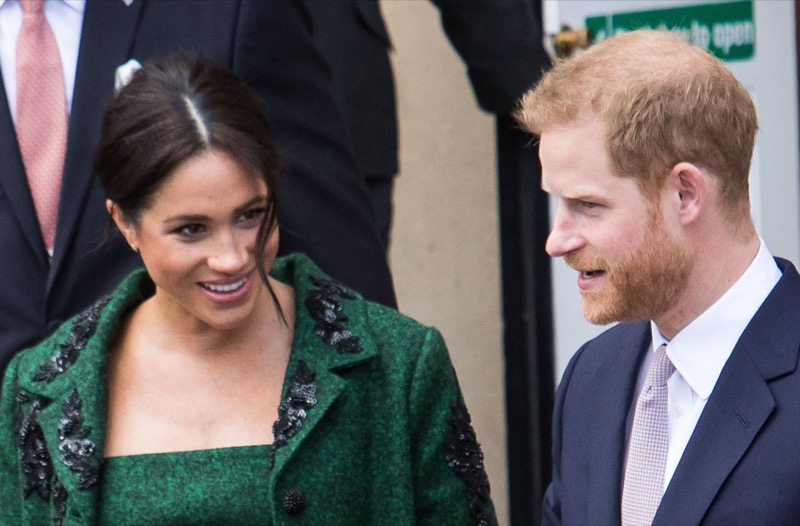 Prince Harry and Meghan Markle will attend the Ripple of Hope Awards in December, and as usual, there’s a lot of fuss being made about them. Actually, they won’t just be there as celeb guests but will take home an award. Whilst the couple is extremely controversial, they are certainly not the only ones who might have ever been so. Who else divided people in the past?

Via Archewell Inc., the couple does a lot of work for charities. So, one might think that they are laudable. However, the trend these days is for royal experts to diss them for their efforts. Folks have very long memories, and it seems that many supporters of the family won’t ever forgive Harry for moving to the USA. Meanwhile, it seems that they practically built their celeb status off the back of the Oprah Winfrey interview. Ever since then, the controversy just keeps coming. And yet, the Ripple of Hope Award seems more about that than charity.

Prince Harry and Meghan will be attending the prestigious event in the name of Robert F. Kennedy. While Kerry Kennedy seems delighted about it, certainly, it raises the ire of other public figures. Piers Morgan went on a rant about it and he’s just one high-profile person who feels irritated. People Magazine reported that the award will be given for their “stance on ‘Structural Racism.'” That got Piers steaming about “two little grifters.” Well, they are not the only controversial characters to be honored at the Ripple of Hope Awards.

If you don’t know, “Ukrainian President Volodymyr Zelenskyy is also receiving the Ripple of Hope Award for his courageous leadership amid the Russian invasion.” Straight away, that brings up divisive opinions on social media. Across the world, people were shocked when it became apparent that a missile shot into Poland might have been Ukrainian. For a heartstopping day, a lot of folks feared the end of the world.

These days, Dr. Anthony Fauci is not lauded by millions of people on social media. In fact, they feel angry and violated because of covid 19 and certain research. However, he was a laureate of the Ripple of Hope awards.  Other former winners include Nancy Pelosi, another divisive character. Then there was Colin Kaepernick who enraged many football fans. It doesn’t take a lot of research on social platforms to discover that Barack Obama and President Joe Biden are not universally hailed as heroes, either.

Piers Morgan made his views known on Prince Harry and Meghan Markle getting the Ripple of Hope award when he spoke with Fox. In the video below, his rant starts at the 14.13 mark. Interestingly, Piers is also controversial. If you don’t know, angry people slam him for pushing lockdowns and mandatory vaccinations. Once again, it seems that there are way too many famous but divisive people for any unity to start happening in an extremely volatile world right now.