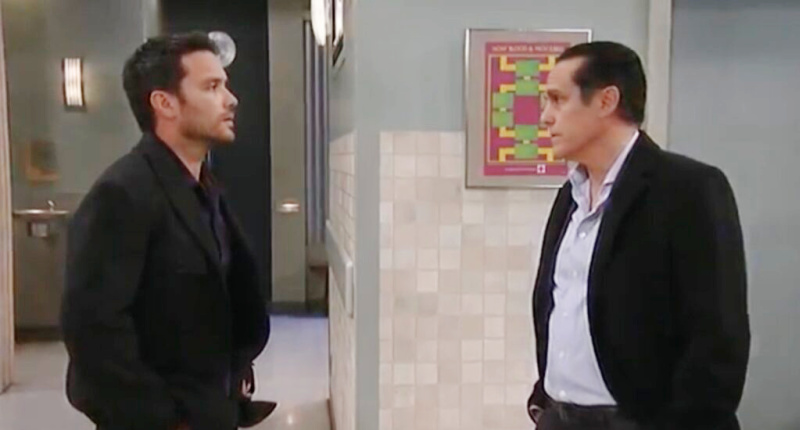 In 2008, Sonny was planning to marry Kate Howard (Megan Ward), who was really his childhood friend Connie Falconeri. When Connie’s cousin Olivia Falconeri (Lisa LoCicero) attends their wedding, Sonny asks her who she was on the phone with, and she tells him she has a son named Dante. He was curious why she didn’t invite him to the wedding, and she was sure to tell him she never knew who Dante’s father was, claiming it could have been so many men. This was an important part of the plotline since Sonny and Olivia had briefly dated years ago before he met Connie. Olivia knew Sonny was Dante’s father, but she chose to never tell a soul — except for Connie, who ended up confessing the truth to Dr. Patrick Drake (Jason Thompson). Olivia didn’t want Sonny’s influence in Dante’s life because she knew Sonny had so much danger around him.

In 2009, Dante came to Port Charles pretending to be a guy named Dominic Pirelli, and he attempted to infiltrate Sonny’s organization while working as an undercover cop. Of course, his mother wasn’t privy to his assignments, and Dante never knew Sonny was his father as his mom kept the paternity a secret his whole life. It wasn’t until 2010 when Sonny discovered Dominic was really an undercover police officer by another name sent there from New York City that he found out the truth. Olivia arrived just in time to see Dante lying on the floor with a bullet in his chest, and she turned to Sonny to announce that he had just shot his own son.

Today, Dante and Sonny certainly aren’t thick as thieves, but they are friends. They do have a father-son relationship that rivals some others. Dante knows he can count on his father, and Sonny is proud of his son despite him being a boy in blue. That being said, they obviously have to keep their work lives very separate from one another, although their paths do cross from time to time since Sonny can’t seem to stop breaking the law. Sonny might not have been there for Dante growing up, but he would have been had Olivia given him the chance. Nonetheless, all’s well that ends well in this family. Stay tuned for more General Hospital news and spoilers as they become available.