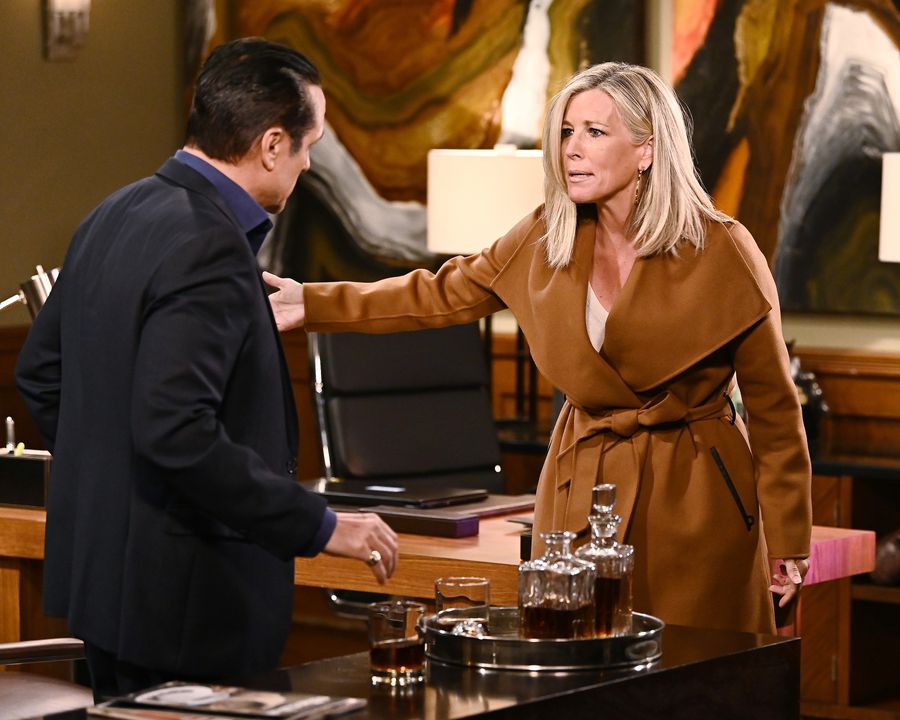 General Hospital spoilers reveals Carly Corinthos (Laura Wright) and Drew Cain (Cameron Mathison) are coming back from the Florida beaches with love on their minds. This couple fell hard for each other while playing in the sand away from the rigors of work, children, and everyday stressors in Port Charles. Carly has repeatedly stressed how she doesn’t want to let go of the magic they found with one another in Jacksonville. It may not be as easy as wishing and hoping though. Nonetheless, not everyone is going to rejoice over the happy news that these two friends are now a couple.

Reality is about to sink in and Carly knows it, even if Drew doesn’t. Playful flirting and romantic dinners were light and easy in Florida where no one else in the restaurant or on the beach knew Carly or Drew. But back in Port Charles, the room will be abuzz when she’s clinging to his arm and dining over candlelight at the Metro Court Hotel. It won’t take long for the town rumor mill to churn about and make sure the news makes its way back to Carly’s ex, Sonny Corinthos (Maurice Benard).

When Sonny and Carly meet again — probably to exchange Donna Corinthos (Arya and Alya Dormiani) or on some other neutral turf — the conversation will be different than any they’ve had recently. He’s going to question how she and Drew came to be a couple, and he might even take a few jabs that let Carly — who knows him all too well — in on the secret: Sonny is jealous! But why? After all, he’s the one who couldn’t let go of Nina Reeves (Cynthia Watros) when he returned from Nixon Falls. He’s the one who changed. Suddenly, he’s looking more like the same old Sonny Carly used to know — green with envy. Carly might yuck it up and enjoy this part a little too much, but she’s earned it.

While Sonny has absolutely moved on with his life post-divorce and is fully entrenched in a relationship with Nina, that somehow won’t make it any easier for him to see Carly coupled up with someone new — or someone old. In some ways, it’ll sting more that Carly has found love again with one of Sonny’s friends — and Jason Morgan’s (Steve Burton) brother. Will Sonny think all is fair in love and war? Is his newfound obsession with Carly’s brand-new love going to make things turn sour for him and Nina? Will this mark the beginning of Sonny and Carly getting back together? Don’t go far. Keep checking in with us every day for more GH news, updates, and spoilers.