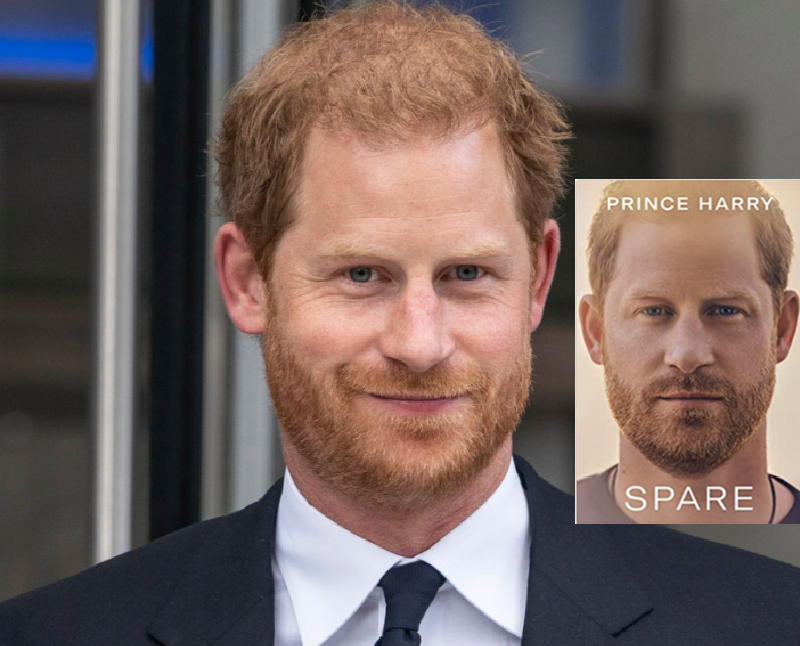 Prince Harry and Meghan Markle find a lot of support from Americans these days. However, not everyone loves them. And over in the UK, people seem continuously enraged with the couple. This week, the name and other details of his tell-all book were released by Penguin Random House. If you don’t know, it’s called “Spare.” So, detractors and trolls made the hashtag #SpareUs trend on Twitter.

Experts and sources continuously leak theories and allegations about The Duke and Duchess of Sussex. Clearly, the media makes money off them, as the articles churn out by day and by night. So, when the royal family watchers heard that William’s younger brother perhaps had second thoughts about his book, word came that he was turned down by the publisher. Anyway, it will come out and is slated for release in January 2023. Allegedly, he received a large advance and publishers are not in it for love. They want to make money too.

Prince Harry had apparently made provision for some book profits to go towards several charities, including WellChild. Some money will also end up going to a charity that works with HIV in Africa. If the title name puzzles you, “Spare” might relate to the old saying, of having an “Heir and A Spare.” Of course, critics already suggest that his book might be toxic with jealousy about being socially lower than his brother, The Prince of Wales.

Not every troll or hectic critic has no photo, one follower, and created a social media account three days ago. Some big names were very scathing when the Random House Group tweeted about the book. Nile Gardiner, a “Foreign policy analyst [and] Former aide to Margaret Thatcher ” also writes for the Telegraph. Expressing his own opinion, he said, “Please SPARE us the victimhood line Harry. A reported $20 million advance for a searing attack on the Royal Family while still carrying a Royal title is classless and disrespectful following the death of Queen Elizabeth II.”

Certainly, he wasn’t alone in slamming Prince Harry. Actually,  folks from all walks of life used the #SpareUs hashtag or replied to those who did.

Oh my god! Prince Harry’s memoir is called ‘Spare’. What an utter whine fest this is going to be from one of the most privileged men on earth.

Shame he can’t ‘Spare’ us the agony of having to listen about it. https://t.co/RxOF08E34W

One person in The USA who previously lived in the UK, @scattycarrot said, “More like #spareus from this self absorbed diatribe from a petulant man baby. #PrinceHarryIsATraitor.”  Interestingly, both hashtags trend at the same time.

Who would have thought that Prince Harry would become the object of so much hate when he walked behind his mom’s coffin as a young boy?

@TheMadraRua shared a card that used the C-word, and the F-Word more than once. Notably, that emerged before the book was even available to read. However, in that case, so few people follow this faceless tweeter, that it probably won’t bother the Duke of Sussex very much.