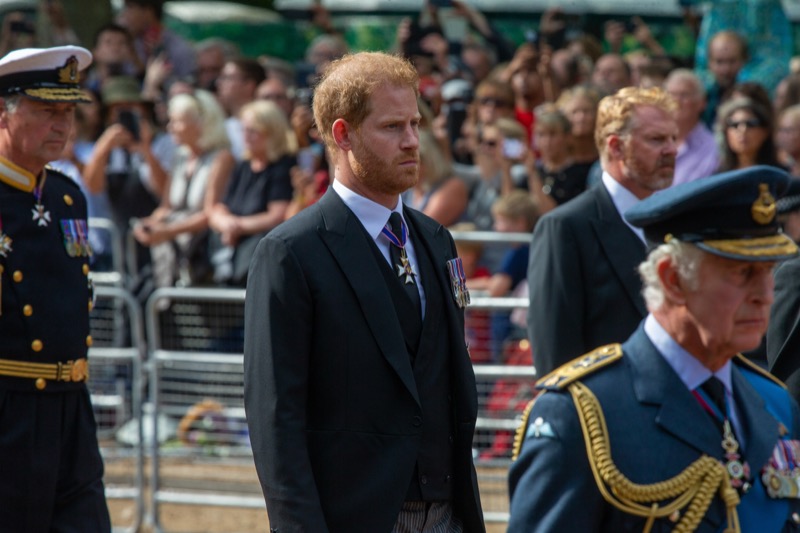 Prince Harry has written a book. Or at least, his ghostwriter probably did most of it. Ever since the news arrived, people and the media speculated about the contents. Actually, it’s expected that it will take a hefty swipe at the royal family. But of course, until the book is released, that’s just a rumor. Already, delays came for the launch date, and other news revealed that Meghan Markle’s husband might want to do some editing about his dad, King Charles. Does Harry want it pulled? Is it too late to stop the book from publishing at this late stage?

Originally, it seemed that the new book by the brother of The Prince of Wales might launch in September. However, as the time neared, journalists noticed that it didn’t appear on the publisher’s marketing and promo list. At the time, many ideas were thrown around about the delay. Some people felt Queen Elizabeth might have asked her grandson to tone it down. As he allegedly loved her, that was a good possibility. Sadly, she died since then, and the dynamics of the royal family have shifted. Prince Charles is now the King, and Camilla Parker-Bowles is the Queen Consort.

Prince Harry and Meghan were on their tour to Europe and the UK when the news about the death of the queen arrived. The WellChild charity was exuberant about the couple attending their awards ceremony. However, that was scheduled for September 8, the same day that his grandmother passed away. Next, leaks from the palace suggested King Charles had pushed the couple down the ladder within the firm. And, there was some suggestion that Harry might have to pull the book for editing to protect the Queen Consort and the new monarch. Well, rumors have it that there will be no pulling of the book.

Royal family expert and commentator, Neil Sean discussed the book on “The Heart of London” on YouTube. He claimed to have the jump on a reliable leak that suggested that the book will not be pulled back or pulled completely. And, he wonders about why son of Charles and wanted to redo something about his dad because he’s now the king. Perhaps it says something nasty about Camilla. Neil revealed that a “very good source” claims that William’s brother now has no option but to let the book go to print as it is.

Prince Harry allegedly received a lot of money upfront for the book. Has he yet spent some of it? It’s expensive to pull a book back and many books need to sell to hit a profit margin. Bear in mind, that charities were going to be beneficiaries of the book. So, commitments need to be fulfilled. Bear in mind, that there are lots of legal aspects when it comes to the publishing of books. So for now, it looks like the memoir will have to just go ahead and hit the shelves.

Losing Control of The Publishing Process?

Prince Harry seems to have lost a lot of control over what goes into his book. An insightful comment by the YouTube account  of
Elizabeth Verrill stated, “Pulling a book back at this point is no small task.” They talked about how the “legal teams have signed off.” Additionally, the ghostwriter seemed done with it. So she opined, “Harry lost control of this book awhile back, and regaining it could well be a colorful lawsuit.” Perhaps, Random House will just go ahead and launch the book in time for the holiday season this year.