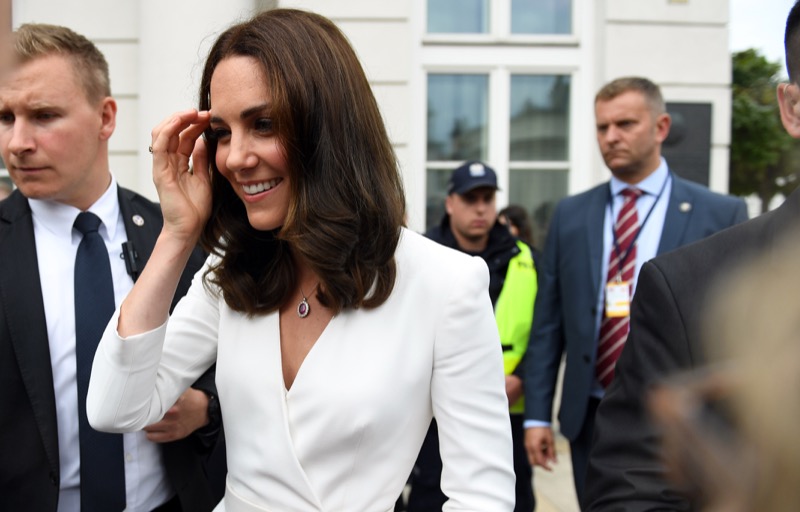 Kate Middleton is portrayed as graceful, kind, sweet, and stylish. However, not everyone who follows the royal family agrees with the stylish bit. Meanwhile, those who love Meghan Markle also wonder about the kind and sweet bits. This week, some folks dissed Prince William’s wife for dressing up in frumpy old-fashioned clothes that look like they were created in the 1940s or 50s.

The Princess of Wales is still young, so it might be difficult for her to always look royal and graceful. Perhaps she dressed in longer frocks that look last century to honor Queen Elizabeth. Probably, the outfits cost a small fortune, but a lot of people simply don’t like her style. Mind you, the British public might have very different tastes from Americans. Recall, when Prince George wore a suit, demand for them shot up in retail outlets.

Kate Middleton found a lot of critics when she visited the Caribbean. That came because of the cost of her outfits. So, people ranted about the homeless and the hungry who go without so she can flaunt her style. Well, that seems to be the reasoning behind the anger. And yet, it’s been going on for multiple centuries. So, some people wish that more thought could go into her dressing for the current century.

Twitter user @Julie_In_The_OC kickstarted the conversation about style. Previous employment by Disney might not qualify anyone to be a fashion expert. But here’s the thing: it’s modern times and modern people probably wouldn’t mind something that looks less like something their great-grandmother might have worn. While the USA doesn’t have the royal family, they do have Hollywood with plenty of celebs. And, it’s not likely that many of them would be seen in the dress that the royal family critic shared.

In her long dress, Kate Middleton was compared to Meghan Markle who wore something more stylish and short. Actually, the problem seemed tied in with the fact that Prince William and his wife talk about “modernizing and changing the monarchy.” Well, a lot of people agreed, and the comments still roll in. Obviously, those who can’t stand Prince Harry’s wife poked holes in the criticism. But, plenty of people don’t like Kate looking frumpy.

Critics In The Comments

Kate Middleton didn’t wear a frumpy-looking dress on only one occasion, and a few other examples were shared. One hard-hitting commenter said, “Sometimes it looks like Kate has been shopping in Diana’s closet, but this is too mature and frumpy for Diana to have ever been seen in it.”

That's one of the reasons "Catherine" (& Diana) looks older than her years! Some outfits are similar to 1940-1950 styles! She has bespoke dressmakers. Maybe it's in the royal budget & royal women gave-in to wearing drapery& old designs to please the Queen's era (hats?) of style!

Here’s another comment that used the word “frumpy.” — “even at 90 I wouldn’t [wear] the clothes kate wears. awfully frumpy, good for a western.”

What are your thoughts? Do you think that William’s wife looks classy and elegant? Or is she dressing up like a frumpy old woman? Shout out in the comments below.